Rock'n'Roll Market brings out Chicago's best in rock on Aug. 17 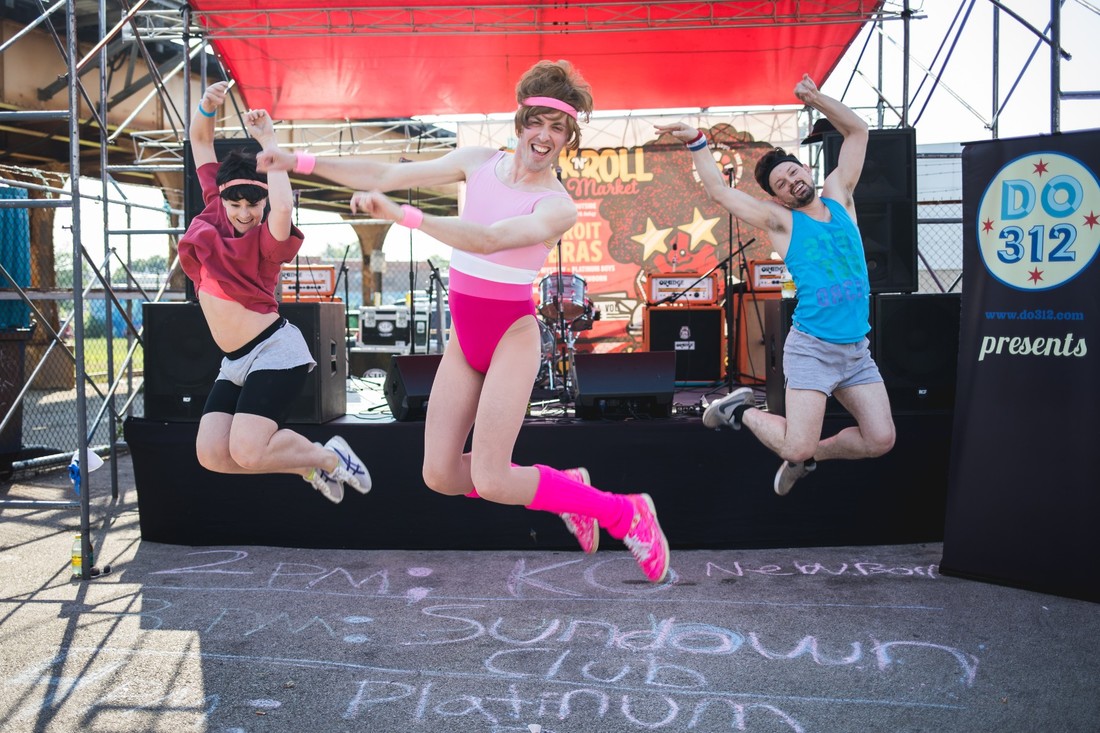 'It also will be an opportunity for the queer community to attend something cool outside of Boystown,' says Do312's Scott Cramer

The 8-hour Rock'n'Roll Market 2019 on Saturday, August 17 meshes DIY and vintage vendors alongside some of Chicago's best rock DJs and musicians for an outdoor extravaganza that also celebrates Do312's 9th birthday.

"Rock'n'Roll Market started as a platform for budding entrepreneurs and artisans to showcase their goods in Logan Square, against the backdrop of the elevated train, with great local music. It's an independent festival with a heart and soul," said Miss Alex White, who comprises one-half of the sibling rock'n'roll duo White Mystery, along with Francis Scott Key White. "What stands out the most about Rock'n'Roll Market is the eclectic variety of totally rocking vendors. Vinyl, vintage clothing, block-printed art, crystals, rock posters, patches, tarot readings, homemade instruments, and custom embroidery fill the streets and inside the East Room."

The Rock'n'Roll Market is held at East Room (2354 N. Milwaukee Avenue), starting at 12 noon. A $5 donation at the gate is requested and attendees will receive a free decorate-it-yourself shopping tote! A portion of proceeds will help support Chase Elementary in Logan Square.

"Rock'n'Roll Market is an intersectional celebration of rock culture, and the art that comes of it," said Scott Cramer, the general manager of Do312. "Alex White and I aim to bring Logan Square a daytime event annually that brings together people from all over the city to shop and enjoy rock'n'roll all day long.

"Rock'n'Roll Market is a casual daytime hang where everyone is welcome, we are entering into our 5th year with new things each year. There are (more than) 60 vendors indoors at East Room, out in the back patio parking lot of East Room, and up Medill Avenue. Do312 hosts a 'DIY' booth, where attendees can make buttons, style and color a shopping tote, and make vinyl record art with a paint spinner."

"The evolution of Rock'n'Roll Market over the past five years is best illustrated through the success of its vendors," White said. "For instance, Lost Girls Vintage drove their mobile truck shop to the market every year, and now they have a permanent storefront on Chicago Avenue. The same trajectory of Rock'n'Roll Market to brick-and-mortar shop also applies to Feel Trip with their 'No Requests' record store in Avondale, and Fenton Fox swimwear on Western Avenue.

"The big standout for Rock'n'Roll Market in its fifth year is Hunx and His Punx from California as a headliner for the festival. The front man, Seth Bogart, encompasses the spirit of the festival. His fashion brand, Wacky Wacko, is the funky, rad style that we love. Seth has played in legendary DIY punk bands, including queer-super group Gravy Train, and the bassist Shannon Shaw is best known for her breakout group, Shannon and the Clams."

Cramer added: "Each year, (the) Rock'n'Roll Market grows (as) Miss Alex White and I work on adding new elements to it each year so the experience continues to expand." There will be more vendors than in past years, and more DIY opportunities to make your own Rock'n'Roll art at the festival, Cramer said.

Hunx and His Punx, a California-based punk band playing its first show together in 6 years, is a queer-core band led by multimedia artist and musicians Seth Bogart and Shannon Shaw, who split songwriting and vocal duties. Their sound is mix of punk and bubblegum music, paired with campy visuals. Their 2013 album Street Punk is filled with some of the catchiest and most hateful punk songs heard in eons.

Bev Rage And the Drinks, perhaps the only drag-queen-fronted punk band in Chicago, will perform at the Rock'n'Roll Market, an event co-hosted by Bambi Banks-Coulee, one of Chicago's fastest- rising drag stars and a member of A Queer Pride and the Shea Couleé's Maison Coulee.

"Between all the LGBTQ artists, musicians, hosts and vendors part of Rock'n'Roll Market, the event definitely will attract a queer audience," Cramer said. "It also will be an opportunity for the queer community to attend something cool outside of Boystown, and in the heart of Logan Square."

White added, "In addition to many of the performers, hosts, and organizers, Rock'n'Roll Market is also a platform for incredible LGBTQ entrepreneurs and vendors. The diverse assortment of vendor booths is also a great one-stop shop for drag performers and LGBTQ creatives to build a unique wardrobe – everything from larger-than-life wearable art by An Authentic Skidmark to sleek and sexy body harnesses and kink gear by Emma Alamo."

Artisan Nick Vandevelde got his start at Rock'n'Roll Market five years ago, which was his first experience selling his wares outdoors in Chicago, White noted. Now, years later, Vandevelde founded his own event called, Bazaar of the Occult. "It's so cool to see how Rock'n'Roll Market serves the community beyond (the) event, and fosters growth for diverse artists," White added.

For more information, go to: do312.com/rocknrollmarket.