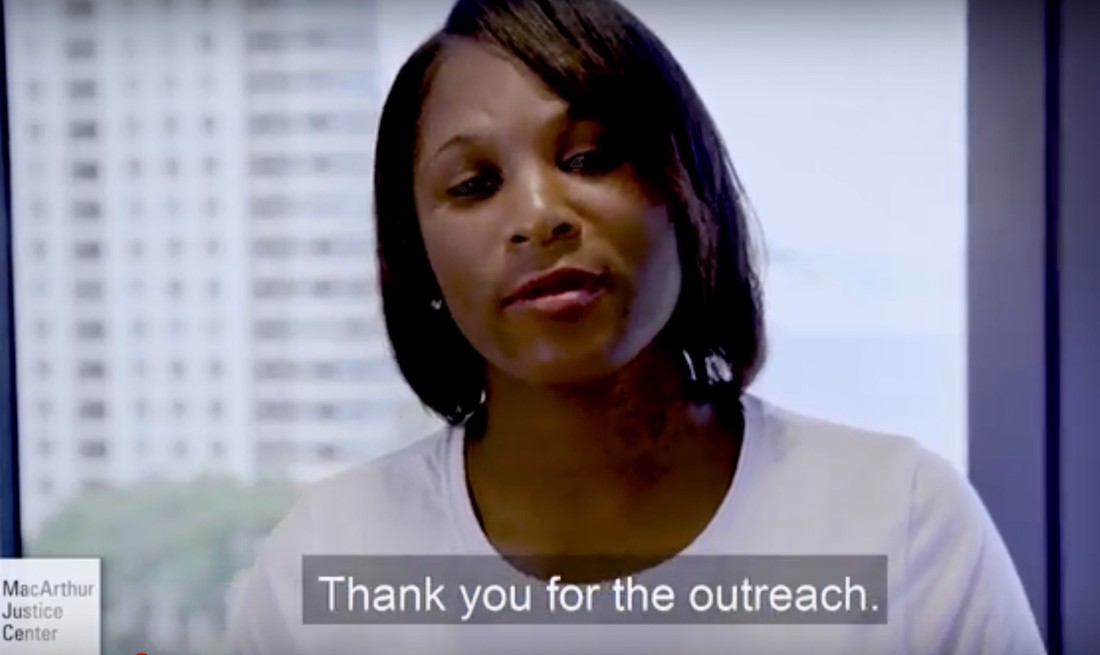 photo credit // macarthur justice center/youtube
Strawberry Hampton, a transgender inmate who waged a two year battle to be housed with women, is now free after the public campaigned for her release.

Hampton was supposed to be released from an Illinois prison last February; however, her good time was revoked after she said officers retaliated against her for reporting alleged abuse by male guards and prisoners.

Hampton told the Chicago Sun-Times she thought her attorneys were lying to her Monday when they told her she was being released.

The Illinois Department of Corrections recommended restoring Hampton's good time, and the Illinois Prisoner Review Board approved the request.

Hampton, who is 28, was sentenced to serve 10 years for residential burglary — that amount is higher than the usual three to seven year sentences for the crime, according to Hampton.