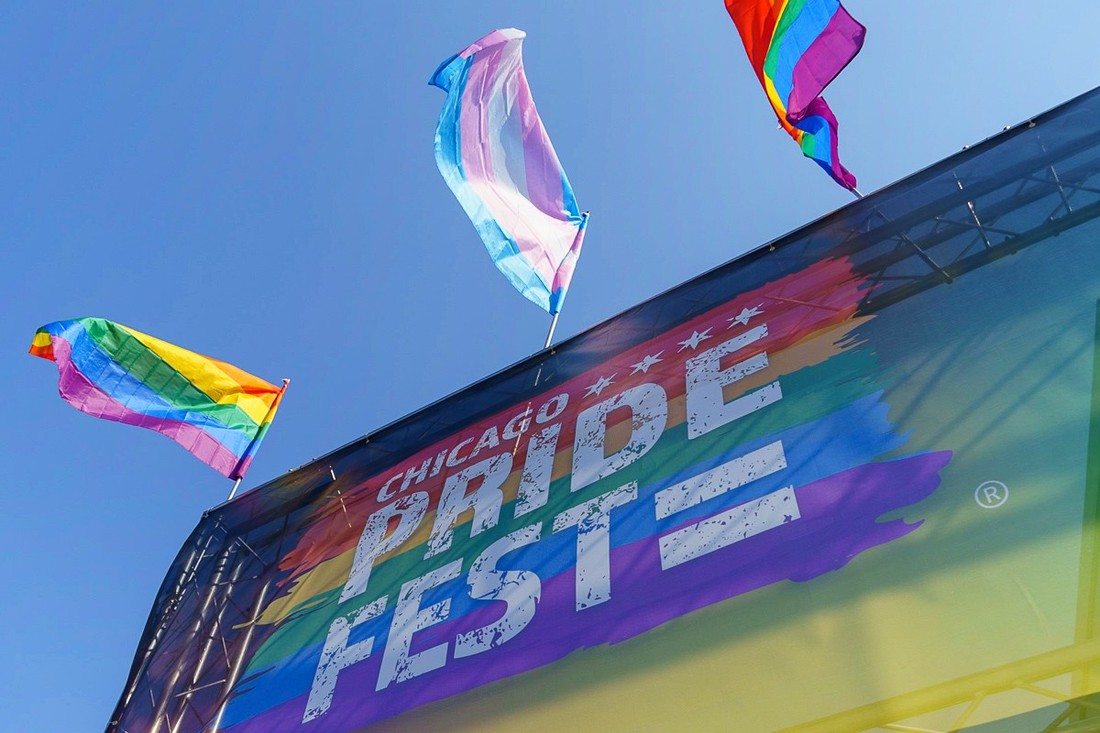 Chicago Pride Fest kicked off Saturday with sun, fun, entertainment and plenty of pride. The beautiful weather brought out the crowds in Boystown as the two-day festival continued without missing a beat. Chicago Pride Fest re-opens Sunday at 11 a.m.

Photos from Day One

Multi-platinum Grammy winner Leann Rimes and Austrian-born pop icon Betty Who are among the entertainment lineup for Sunday.

DJs Avi Sic, Cindel, and Vlad, among others, will be serving up the beats at the Waveland DJ stage.

Related: DJ Cindel spins Pride in Chicago, around the world

In addition to the non-stop entertainment, the festival includes 60 vendors offering arts, crafts and unique merchandise tailored to the gay community. Plus the popular Pet Pride Parade starting at noon from the North Stage.

New this year, 103.5 KISS FM presents the first-ever Rainbow Run on Sunday. Runners in the drag race are encouraged to wear the most stylish of high heels. The winner takes home $1,000. Register for free online.

"I am so excited to be a part of Pride week, along with the entire 103.5 KISSFM team," said Fred, Host of 103.5 KISSFM's Fred+Angi Morning Show. "I am overjoyed that we are a unified group of individuals at 103.5 KISS FM and iHeartMedia Chicago who embrace inclusion, diversity and love."

Over 100,000 people are expected to attend the street fest throughout the weekend.