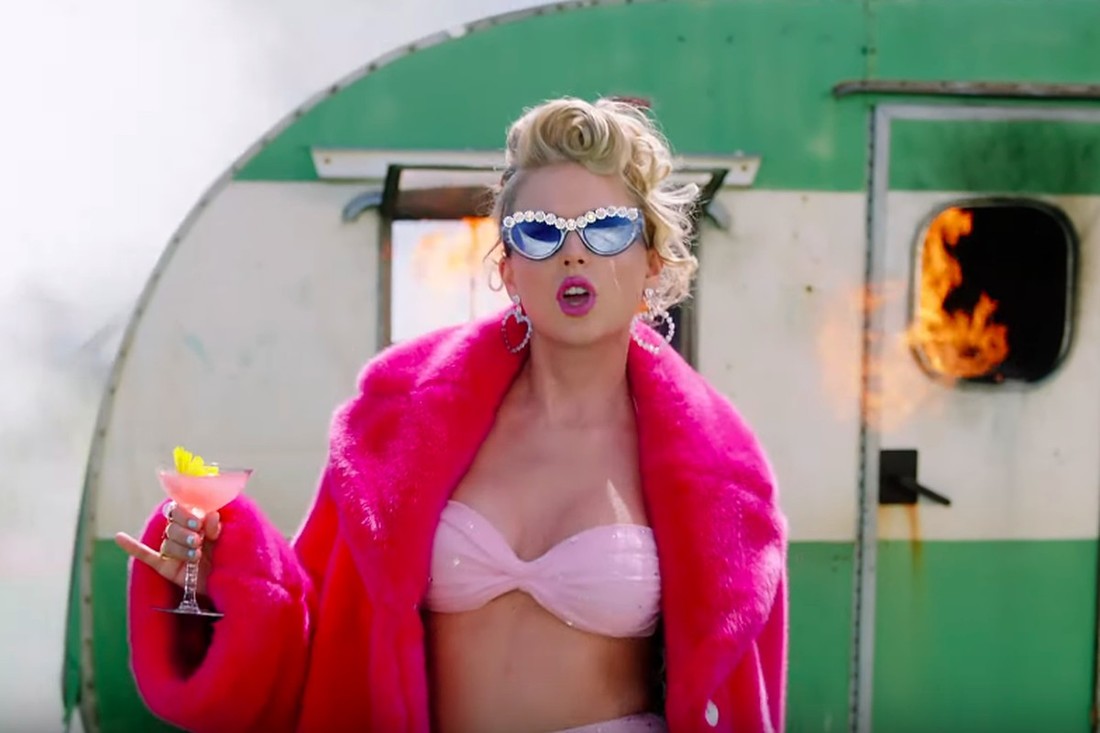 ‘Cause shade never made anybody less gay,' sings the superstar

Taylor Swift's latest song "You Need to Calm Down" has hit the number on spot on You Tube in less than 24 hours.

The official video and second single release for her upcoming album Lover has more than 24 millions views, over 1.6 millions likes and, of course, some haters with 96,000 dislikes.

The song is an anthem for the LGBTQ community, encouraging people to focus more on minding their own business.

"Why are you mad, when you can be GLAAD," Swift sings. Earlier this month, the singer made a generous donation to the LGBTQ rights organization.

The lyrics "Cause shade never many anybody less gay" has gone viral with people quoting them on social media.

"Thanks for allowing me to bring my besties to the party," Todrick Hall wrote on Instagram.

Hall co-executive-produced the video with Swift.

The video ends with a message that directs viewers to Swift's Change.org petition to the US Senate to support the Equality Act, which would outlaw LGBTQ discrimination nationwide.

Todrick Hall will perform at Pride in the Park Chicago on Saturday, June 29.