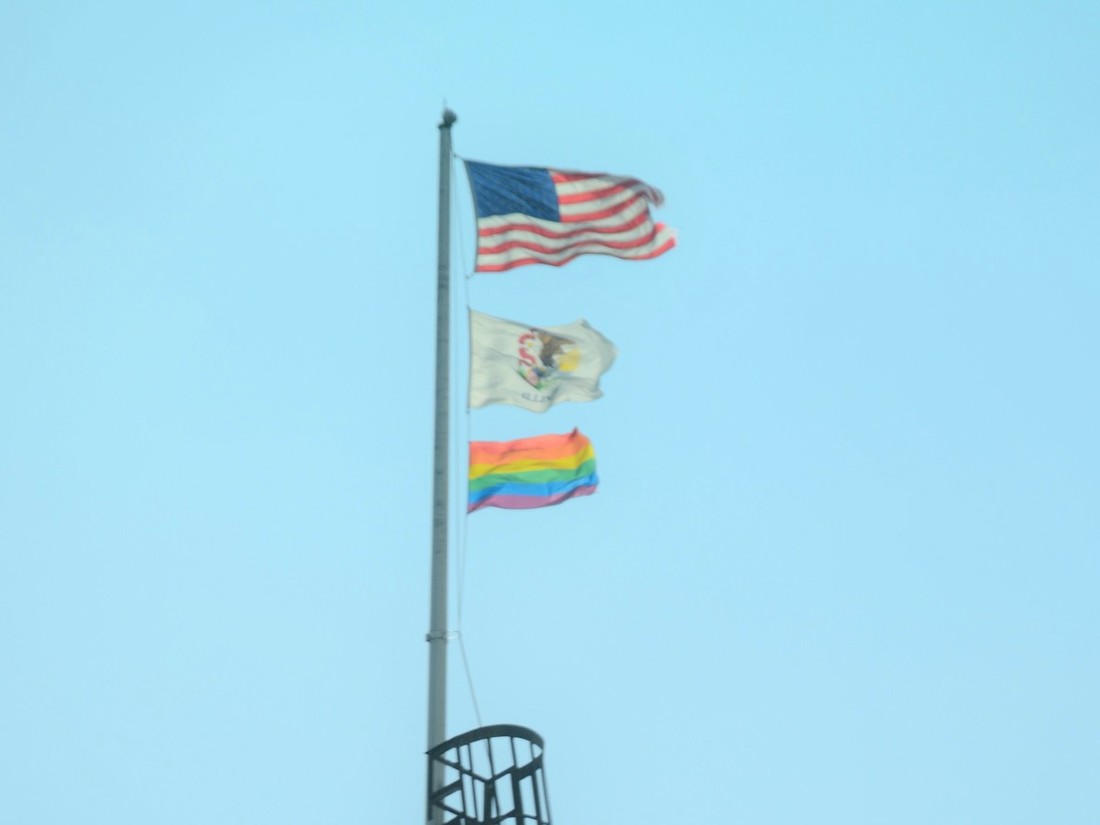 The colorful flag is a symbol of the LGBTQ social movement and is widely displayed during Pride month.

Openly-gay Rep. Greg Harris (D-Chicago) on Sunday tweeted a photo of the flag, which was donated by the Phoenix Center, an LGBTQ community center in Central Illinois.

"Last Wednesday the Governor's office called to see if we had flags," Phoenix Center executive director Jonna Cooley told GoPride.com. "On Friday, we looked out the window at Phoenix Center and there it was, flying below the American and Illinois flags."

According to the Illinois Secretary of State's office, this is the first time ever Illinois has flown the rainbow flag over its Capitol.

"I thought how cool it was to witness this historic event. In the short time he has been in office, Gov. Pritzker has been very supportive of the LGBTQ community," Cooley said.