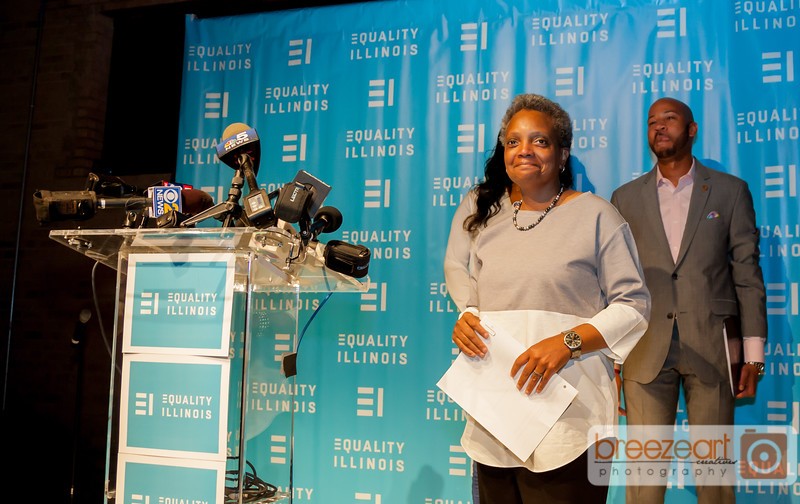 Chicago's first openly-gay mayor said the city has made progress with the LGBTQ community, but there's more work to be done.

"We still have way too many youth who are homeless who have been kicked out of their homes because they're choosing to live their authentic life," she said.

Lightfoot also noted other issues within the community, including healthcare and the fight for transgender rights.

"This is an undeniably proud moment for the LGBTQ community, which continues to break down barriers," said Equality Illinois CEO Brian C. Johnson. "Mayor Ligthfoot is a true champion of advancing justice and equality for LGBTQ people and all historically marginalized communities."

Victor Salvo, Executive Director of The Legacy Project, and Robert Fojtik, who currently serves as an Advisor to Chicago Mayor Lori Lightfoot, were recognized at the Pride Brunch with the 2019 Equality Illinois Community Pride award.

Lightfoot has been named Honorary Grand Marshal for this year's Chicago Pride Parade. She will be marching near the front of the parade as did her predecessors Mayor Richard M. Daley and Mayor Rahm Emanuel.