Rainbow crosswalks arrive in Boystown just in time for Pride 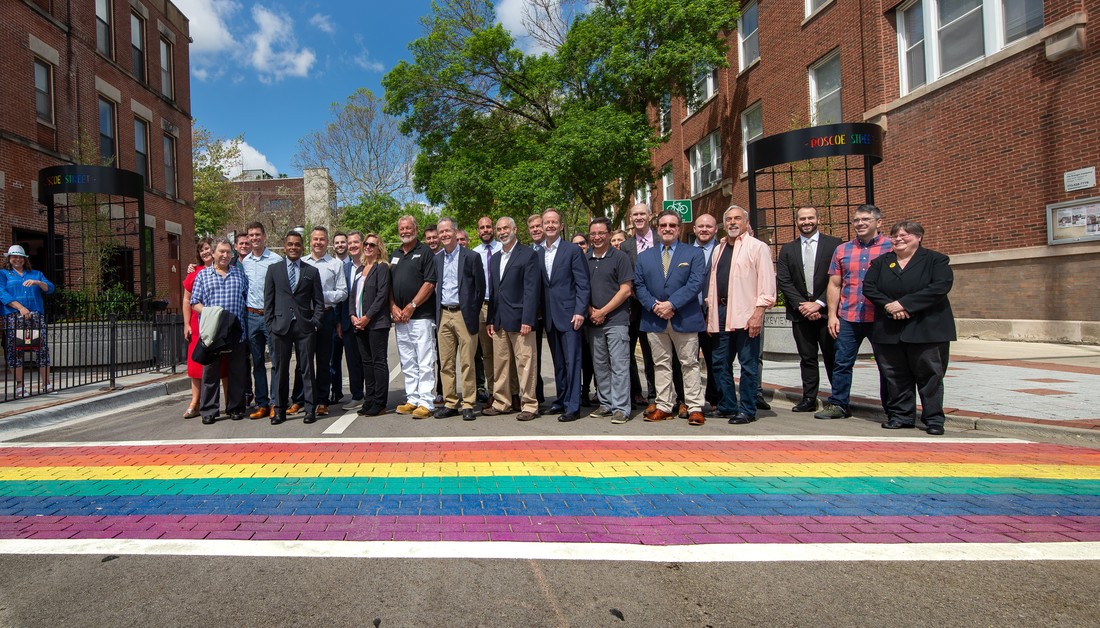 "The rainbow crosswalk project signifies that the city remains steadfast in protecting who we are," said Ramesh Ariyanayakam, President, Northalsted Business Alliance.

When the project is completed in time for this year's Pride Fest, which starts June 22, there will be a total of 13 Pride-themed rainbow crosswalks on the one-mile stretch of North Halsted from Melrose north to Bradley, excluding Addison.

The 14th completed crosswalk at Melrose and Halsted is dedicated to the transgender community with the inclusion of the blue, pink and white stripes found on the transgender flag.

The $60,000 project will be paid for with money donated during Chicago Pride Fest and Northalsted Market Days, according to the business alliance.

The crosswalks also come as the city holds its 50th annual Pride Parade on June 30. Mayor Lori Lightfoot will be the honorary grand marshal.