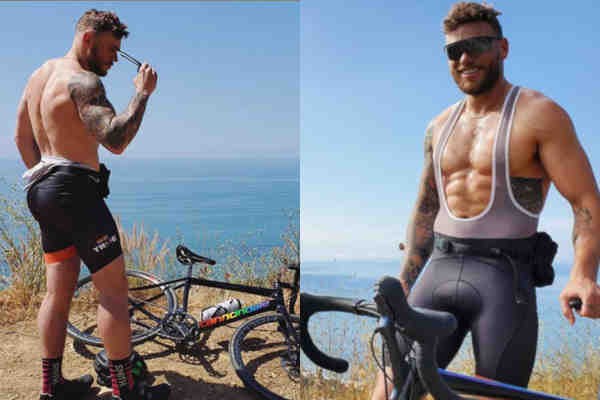 In a recent interview with LGBT glossy The Advocate, out Olympian Gus Kenworthy revealed he has raised $153,000 for his upcoming AIDS/LifeCycle ride.

Kenworthy, 27, has pledged to raise $1 million to help fund programs at the Los Angeles LGBT Center and the San Francisco AIDS Foundation.

AIDS/LifeCycle is a 550 mile ride from San Francisco to Los Angeles. It has raised more than $200 million for HIV and AIDS research and education since its start in 1993. Riders will begin cycling on June 2.

Kenworthy, who came out in 2015, said that he's participating to send a message that the epidemic is far from over.

"I think that thinking HIV and AIDS is something of the past comes from a place of privilege. We feel very lucky now with Truvada and things like that to feel safe and feel like we're no longer really at risk, but infection rates are still climbing, especially in poor communities," Kenworthy said, referring to the once-daily pill that is effective at preventing HIV infection. Truvada has been criticized for its high cost.

"[With] a lack of education [around HIV and AIDS] we're seeing higher infection rates in young people. It's important that we keep it in the forefront of people's minds. It's not something that we found a cure for yet, and I really hope that it comes, but as of now it's something that we still need to fight for," he said.

Kenworthy has been using social media to help reach his $1 million goal. "Click the link in my bio to help me reach my @aidslifecycle fundraising goals!" he captioned a recent shirtless photo of himself on the custom rainbow bike from Cannondale he'll ride next month. The caption included a hands praying emoji.