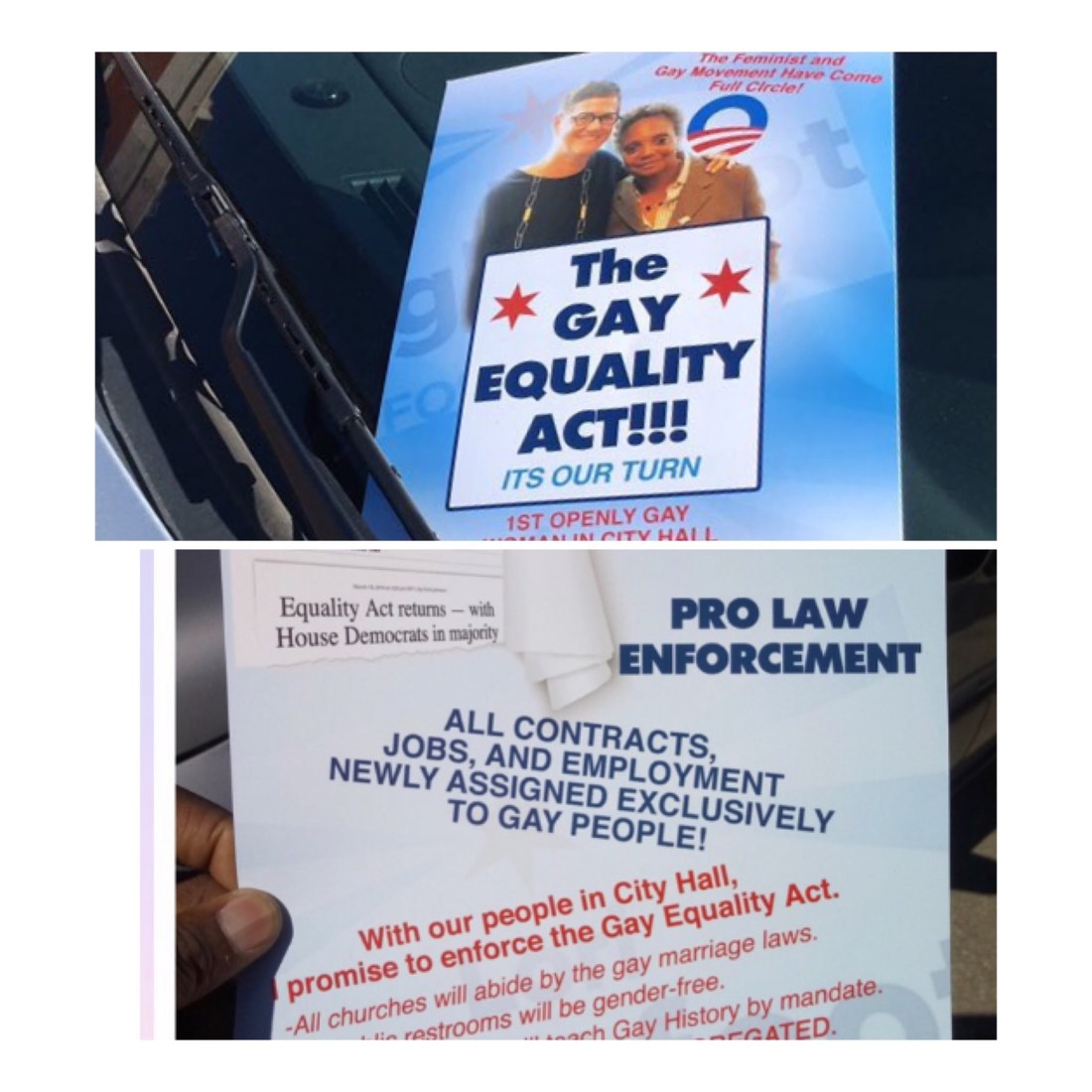 "I strongly condemn any anti-gay rhetoric and paraphernalia... it's not reflective of any Black Church in Chicago," Trotter told NBC 5. "It's political pandering by outside influences unrelated to the Black Church in Chicago. Lori Lightfoot is running for Mayor... not for Bishop. I stand in full support of her candidacy."

One side of the flyer included a picture of Lightfoot and her wife, Amy Eshelman, and a statement that reads: "The Feminist and Gay Movement Have Come Full Circle."

The reverse side of the flyer states, among other things, "ALL CONTRACTS, JOBS AND EMPLOYMENT NEWLY ASSIGNED EXCLUSIVELY TO GAY PEOPLE!"

A spokesperson for Toni Preckwinkle told GoPride.com that her campaign had nothing to do with the anti-gay flyers and referenced Preckwinkle's earlier statement on Twitter.

"I condemn in the strongest possible terms any rhetoric or actions from any person or group that suggests prejudice or discrimination against members of the LGBTQ community. There is no place in Chicago, or any society, for intolerance of our LGBTQ community," Preckwinkle tweeted in response.

Over the weekend more endorsements were announced for the Lightfoot campaign, including U.S. Rep. Chuy Garcia and former mayoral candidate Jerry Joyce.

Both the Chicago Tribune and Chicago Sun-Times have endorsed Lightfoot, who, if elected, would become Chicago's first openly LGBTQ mayor.

As the campaign heats-up, early voting for the election runoff expanded to sites in all 50 wards across the city on Monday.

Previously, early voting had only begun at a Loop Super Site, located at 175 W. Washington St., as the race for mayor continues to heat up ahead of the April 2 Election Day.

Chicagoans will also be voting for city treasurer and aldermen in 15 wards.

The deadline for returning your ballot is March 28. For more information on early voting and locations, visit chicagoelections.com.