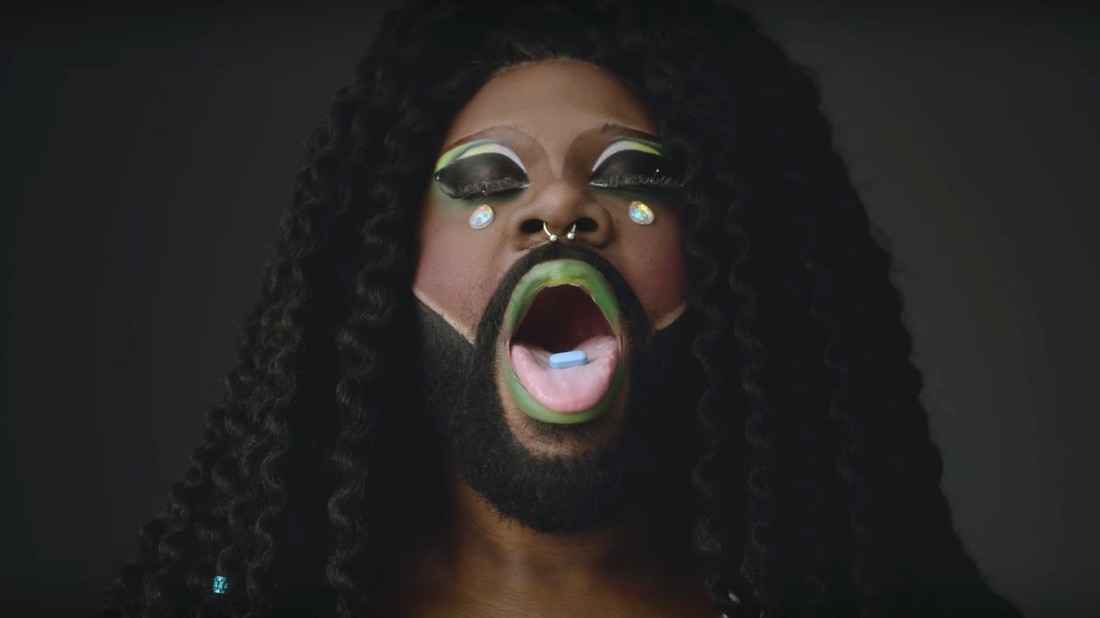 KC Ortiz: 'Sure, it's a comical video, but with a strong message'

It's a very serious subject, but presented in a fun, entertaining fashion.

Howard Brown Health released a video promoting the use of PrEP, the once daily medication that can reduce the risk of contracting HIV.

"Sure, it's a comical video, but with a strong message: One thing we didn't want to do was make it seem too (much of a) PSA. We wanted it to be something that people would want to hear and dance to," said Chicago-based trans rapper KC Ortiz, who wrote the remixed PrEP version. "Erik Roldan with Howard Brown let us know from the (start) that we were going for a fun approach on a serious topic.

"We wanted visuals (with the song because), a lot of times, the song pops once there is a video for it. We really wanted this to get around because even while shooting the video, people were asking us 'What is PrEP?' so we felt it was important to get the word out."

Ortiz, who lives in Chicago's Lakeview neighborhood, has lived in the city since May 2006. She is originally from Mobile, Ala., and moved to Chicago from Sioux Falls, South Dakota, with fellow Chicago performer Velicity Metropolis. "I knew I wanted to live in Chicago after making a trip here to watch the Miss Continental pageant," Ortiz said. "That trip changed my life and I knew then that I wanted to make Chicago my home."

Amailia Black, who works for Howard Brown, contacted Ortiz to see if she'd be interested in writing a rap song about PrEP. "I love writing music, so of course I was excited," Ortiz said. "We had a meeting to try to plan out the direction we wanted to take the song and video. (Director) Tobin Del Cuore with Imagination + Muscle Productions was very detailed and organized, which made the experience smooth and a breeze. I am still amazed how he took a vision he had on paper and made it into reality."

"Let's Talk About PrEP" is performed by Ortiz and features Big Dipper, plus local influencers, such as drag queen and advocate Lucy Stoole, DJs [X]P and All the Way Kay, comic Tien Tran, and more.

"It was really fun to remake such an iconic song with (such an) important message," Ortiz said. "Music is something that really connects all of us. Being able to put a great message in a fun, popping song is something I love to do.

"Erik, Amailia, and Tobin really made my dreams come true. I actually laid in bed at night watching the video on repeat, teary-eyed before it even came out. My entire life, I've always imagined myself in music videos, so to see it come true was so monumental for me.

"The responses (to the video) have been so amazing. A clinic in Australia tagged me in a post, just to imagine people on the other side of the world are listening to this project. We have gotten so much support from the Mac AIDS Fund tweeting the video, to iHeart Radio doing a write up on it. It's been such a blessing."

The video was filmed at a variety of Chicago locations, including Howard Brown's Brown Elephant Resale shop in Andersonville. The project was funded by a grant from the Illinois Community Health Foundation.

"The funny part is, I lost my voice performing at Pride last year; I was without a voice for over a week and the song still wasn't recorded," Ortiz said. "We were set to film on Monday and I literally didn't get my voice back until the Thursday before. I went into the studio that Friday to record and we shot the video that Monday and Tuesday, July 2-3. The first day we shot in a studio which was nice and comfortable; the second day we shot outside and it was scorching hot; we had to stop so much to cool off and do touch-ups. The second day we shot for about 13 hours all over Chicago, (including) the West side, Magnificent Mile and in Andersonville.

"I am grateful that I got to be a part of this (video) – knowledge is power, and the more knowledge we can spread, the better."

"Let's Talk About PrEP" continues the HIV-advocacy legacy of Salt-N-Pepa's hit song. Two years after its initial release, they re-recorded it as, "Let's Talk About AIDS," bringing awareness of the HIV epidemic to mainstream audiences.

According to the CDC, regular PrEP use can reduce the risk of contracting HIV by up to 92%.

For more about PrEP, go to: howardbrown.org/prep.