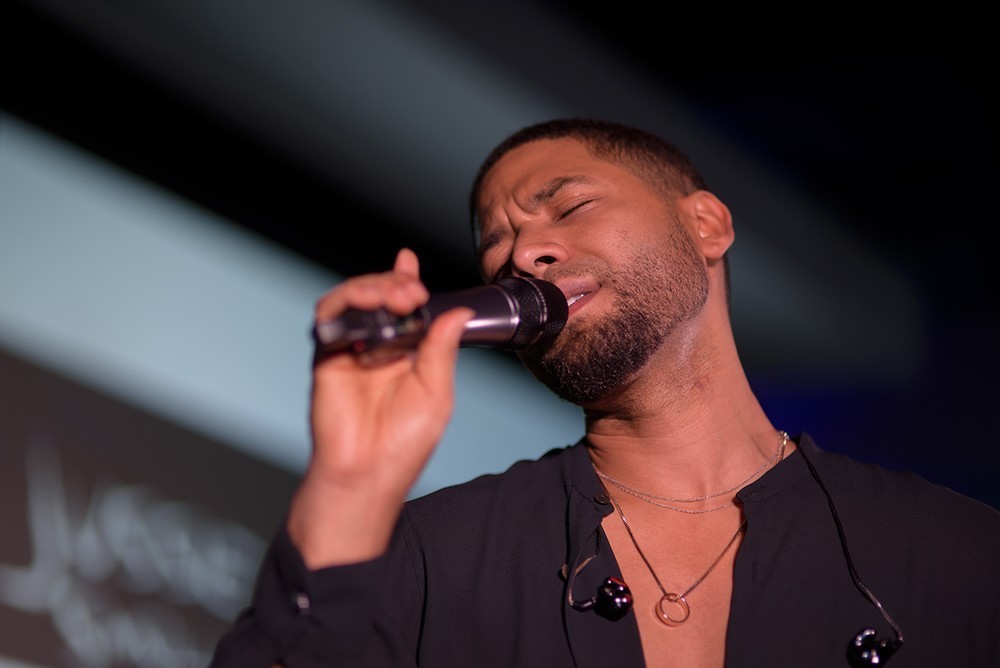 The 36-year-old actor told fans that he is "OK" and is thankful for their support. He also addressed "inaccuracies and misrepresentations" about what he called a "cowardly" attack.

Let me start by saying that I'm ok. My body is strong but my soul is stronger. More importantly I want to say thank you. The outpouring of love and support from my village has meant more than I will ever be able to truly put into words. I am working with authorities and have been 100% factual and consistent on every level. Despite my frustrations and deep concern with certain inaccuracies and misrepresentations that have been spread, I still believe that justice will be served. As my family stated, these types of cowardly attacks are happening to my sisters, brothers and non-gender conforming siblings daily. I am not and should not be looked upon as an isolated incident. We will talk soon and I will address all details of this horrific incident but I need a moment to process. Most importantly, during times of trauma, grief and pain, there is still a responsibility to lead with love. It's all I know. And that can't be kicked out of me.

The comments come just days after Smollett told police he was beaten by two masked men, who poured a chemical on him, at around 2 a.m. in Chicago's Streeterville neighborhood.

Smollett told police the men put a noose around his neck and yelled "MAGA Country" as they ran away.

Brandon Z. Moore, Smollett's music manager, said he was on the phone with the actor when he heard some of the attack, and heard the words "MAGA country."

Detectives, who are investigating the case as a possible hate crime, have watched hundreds of hours of footage from private and public surveillance cameras as the investigation continues.

"He's a victim right now, and we'll treat him like a victim. He's been very cooperative and we have no reason, at this point, to think that he's not being genuine with us," Chicago Police Superintendent Eddie Johnson told ABC 7.

The FBI is reportedly investigating a threatening letter targeting Smollett that was sent last week to the Fox studio in Chicago where "Empire" is filmed.

"That, I can tell you, is horrible. I've seen it. Last night. I think that's horrible. It doesn't get any worse, as far as I'm concerned," Trump said.

Smollett came out gay during a 2015 interview with Ellen DeGeneres. He is best known for his breakout role as R&B artist Jamal Lyon in Fox's musical drama Empire.

In June 2018, Smollett headlined PrideFest Milwaukee and on October 11 he performed at Chicago's AT&T Flagship Store on Michigan Ave. as part of National Coming Out Day.