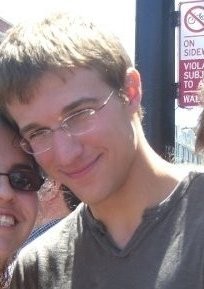 Give me one place to stand and I shall move the earth.

I'm embracing of gay culture, but not saturated in it. I was born in Texas and raised in Chicago. I come from a family of liberal intellectuals, thus making me a gay nerd.

I love art, music, politics, science of all kinds, and intellectual conversation. I'm a spiritual person, but I don't agree or participate in any organized religious group. I'm what the Japanese would call an 'otaku' (a.k.a. a nerd) because I was raised on Anime and sci-fi. Yes, while most kids were watching Disney, I was watching Sailor Moon and Star Trek. I come from a very health oriented family. My parents started dating after they met at the same gym, so it goes without saying that I work out and eat healthier than most.

I'm currently attending junior college to save money and double majoring in Chemistry and Mathematics. My dream career is to be a Professor of Chemistry at a liberal college.

I have a very strong personality and need a guy who can balance me out while challenging me to be better. My criteria is that you be physically fit/health oriented, politically aware, intelligent, embracing of gay culture but not saturated in it, capable of great conversation, funny, patient, and looking for a long term relationship. I'm a hopeless romantic and unbelievably loyal. The idea of having sex without a relationship doesn't even exist in my mind. I'm also a trusting/understanding person, so you won't have to worry about me asking you what's going on/what you're doing at every moment that you aren't at my side.

I'm an open minded person, so contact me and we'll see where it goes.

See the rest of my profile.

Anything with a good story or good acting.

I look at music differently than most. Yes, I do listen to lyrics, but most of the time when I listen to music, I listen to the notes, tones, beats, rhythm, and every other musical aspect. In affect, I can listen to the most 'out there' songs and not even be phased by it because I'm listening the the vocals as if they were notes instead of the lyrics. For this reason, I listen to literally everything I can get my hands on.