Ralphie returns to life in A Christmas Story Christmas 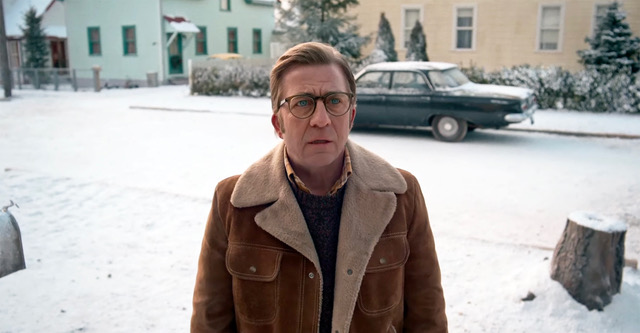 A Christmas Story is a holiday classic movie that was released back in 1983 and has continued to air on several networks over the years. The beloved original film has finally inspired a legacy sequel called A Christmas Story Christmas co-written by Peter Billingsley and Nick Schenk.

Billingsley starred in A Christmas Story as young Ralphie Parker and returns in the sequel as an adult. It is set in Hohman, Indiana inspired by Hammond, which is close to Chicago. Set in December 1940, the plot revolves around Parker and his family celebrating the holidays and the adventures they have.

In A Christmas Story Christmas, Parker has moved to Chicago with his wife and two children. He is working on a novel and reunites with several people from his past around the holidays.

There have been many projects in relation to A Christmas Story before this sequel, such as a musical and stage readings. Billingsley talked about this at a recent red carpet before a screening, "This sequel had been big in my mind, but with the cast being older and running out of time after 39 years, we are finally able to see Ralphie as a father and where all the kids from the original cast are now.I have actually been building this up from the ground floor for the past four years!" He confessed to the Nunn that he owns zero leg lamps but does own the original BB gun, cowboy outfit and "the only bunny suit ever made." Obviously, Christmastime is huge around his house and said, "We decorate the house and eat a lot. A Christmas Story is played throughout our home around the holidays. It just feels comforting and I love it.

Billingsley has played many parts over the years in television and on film. His favorite so far was in the movie Iron Man portraying William Ginter. He explained, "I got a lot of joy out of playing the little cameo in the Iron Man movie. I was able to act in a scene with Jeff Bridges, who encouraged me to take the part in the first place. They had actually forgotten to hire someone to do the role and I told them I would do it at the last minute."

This leg-acy lives on thanks to Billingsley and the creative team behind this heartwarming project. Hop over to HBOMax.com and stream A Christmas Story Christmas to make the season a little brighter today!