She-Hulk: Attorney at Law is the latest Marvel Cinematic Universe tie-in to arrive on the streaming service Disney+ as a television series. It is the story of Jennifer Walters, a lawyer for hire and cousin to Bruce Banner also known as the Hulk. When an accident happens, an emergency blood transfusion from her cuz is necessary and Walters becomes a superhero named She-Hulk. She retains much of her original personality while also becoming confident and funny as opposed to the timid and meek Walters at the beginning of her origin story.

The show is modeled after the comic books that began in 1980 and has very close similarities to writer and artist John Byrne's run of The Sensational She-Hulk book in 1989. This has already proved successful with WandaVision, the earlier television show that depicted Bryne's past comic work with various Avengers characters.

Many TV watchers know Tatiana Maslany from the popular Canadian Orphan Black science fiction series. She stars as the lead character and is miscast from the jump. Her delivery doesn't contain the humor that She-Hulk needs so all the gimmicks fall flat. For example, breaking the fourth wall was a tactic used in the comics to demonstrate the self-awareness of knowing that She-Hulk is in a comic book. Here it is just plain awkward when sporadically used and doesn't work as it does in the Deadpool movie franchise for example.

Mark Garofalo returns as the Hulk and tries his best to create a family bond and mentor relationship with Maslany. It hasn't quite gelled yet in the first four episodes but hopefully, by the finale, it will develop with more nuances.

The computer-generated imagery doesn't help matters for this Attorney at Law either. The Hulk has a wide range of expressions to make him more humanlike while being in green form as seen throughout the MCU. In this case, She-Hulk resembles Princess Fiona in Dreamworks' Shrek unfortunately.

The character of Titania portrayed by Jameela Jamil goes from being a bombshell to a cringe-worthy social media influencer. Tim Roth plays Emil Blonsky in a Silence of the Lambs setting that never gets off the ground. At least his Abomination looks like the comic version instead of the weird creature in The Incredible Hulk 2008 movie. Benedict Wong is in the wrong movie and seems confused as to why he is there. Crossover characters have brought realism and familiarity to the MCU in the past but here it is odd and unnecessary. 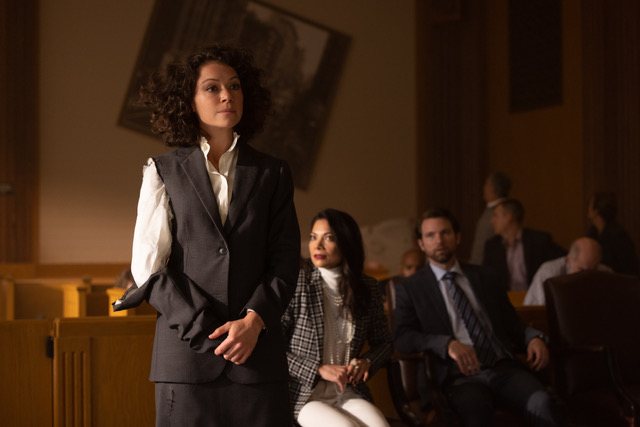 She-Hulk had a lot of potential from the original script and past portrayals on paper, but this mess bites almost as much as Morbius did. There are a few good moments such as Walters navigating the world of dating and a few well-crafted courtroom scenes, although this comes after wading through a lot of needless material and wasted time in the process.

The character deserves better and the creators knew that they might have a green stinker so they quickly scrambled before release to make it work with last-minute edits. It was just too little too late this time. She-Hulk breaks some important laws in storytelling and execution so may have some hefty fines to pay.

Judge for yourself at DisneyPlus.com. The jury is still out to decide if season two can one day improve this shaky start to She-Hulk!