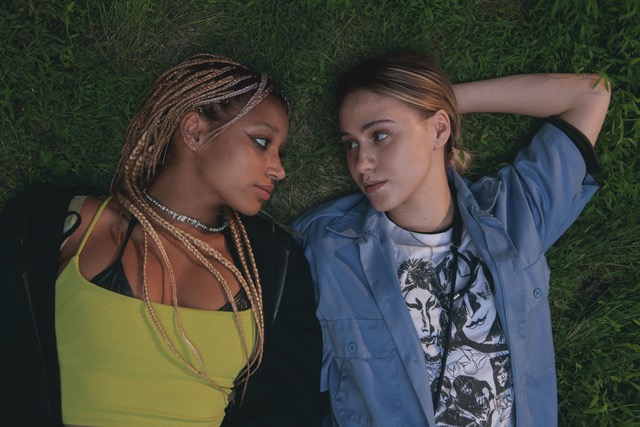 A group of rich kids weathers a storm of drama in the movie Bodies Bodies Bodies opening on August 12, 2022. The story revolves around a friendship circle that plans to celebrate together at a remote mansion during a hurricane over the course of one night.

A murder mystery game and party favors don't mix well with the seven attendee's mental health and things go off the rails once the flick ramps up. Bodies takes its time in telling the story over the course of the hour and 35-minute running time and that bodes well for viewers in a genre where fleshed-out characters are sometimes overlooked. 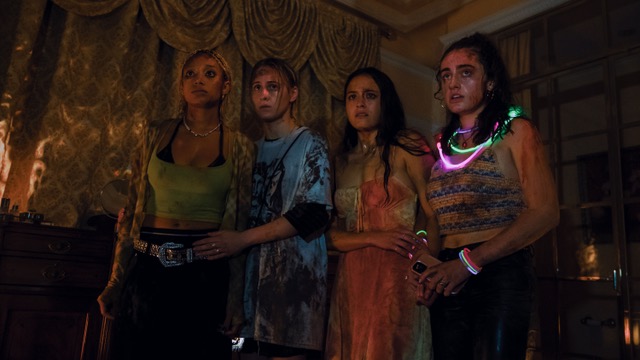 The players are well cast and talented with just as interesting stories in real life compared to their characters. That begins from the top down. Director Halina Reijn had a gay father growing up so the queer storyline in the script is conveyed with respect and normalcy.

Amandla Stenberg, plays Sofie, who is non-binary, gay, uses she/her/they/them pronouns and is an outspoken LGBQ+ activist in real life. She dated King Princess in the past, who just performed at Lollapalooza, and Charli XCX was also at the iconic music festival in Grant Park singing "Hot Girl (Bodies Bodies Bodies)" off the soundtrack. 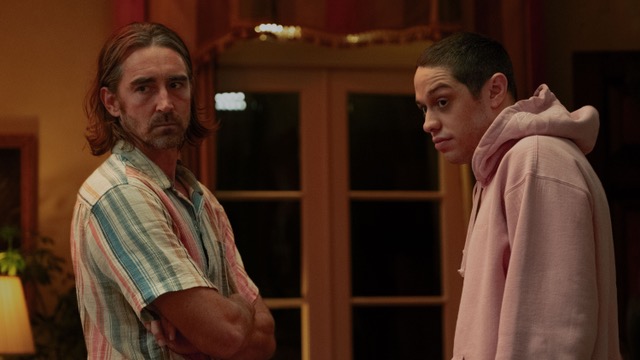 Chase Sui Wonders was a standout in the LGBTQ+ television series Generation and is perfectly suited for the role of Emma here. Lee Pace is also another queer actor in the cast and fits the bill as Greg in Bodies. Saturday Night Live's Pete Davidson is the biggest name in the film and portrays David as someone very similar to himself such as he did in The King of Staten Island. 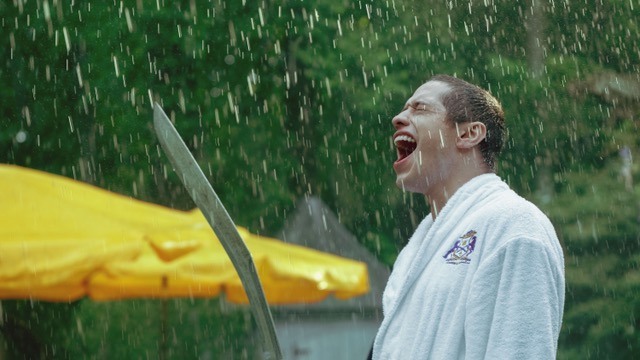 Bodies Bodies Bodies is indeed a real guessing game where players try to solve a murder when the lights are turned off. It is also called Body Body and is similar to a video game called Among Us as well. It's like a live-action version of the game Clue and perfect for a lock-in situation where players lose power during bad weather.

A24 Films continues a trend of highlighting unusual and quirky storylines at the cinema. Everything, Everywhere All at Once was a huge success for the company this year and Bodies Bodies Bodies makes another worthy addition to their ongoing catalog of work.

Bodies Bodies Bodies blows into theaters everywhere this weekend so see it as soon as possible before someone spoils the many secrets and plot twists that will surely keep audiences guessing until the very end.

Get your body into a comfy chair, grab some popcorn and prepare for a fun ride!