Set four years after Isla Nublar bit the dust, life is very different in Jurassic World. Humans and dinosaurs live together in Dominion and that comes with a fresh set of challenges.

Filmmaker Colin Trevorrow is back for the third installment in the franchise and helped with the screenplay so there is a great deal of pressure on him to make it work. The actors also must be feeling the heat to produce the summer's first blockbuster movie in June. Top Gun: Maverick is already soaring and these pterodactyls better too if they know what is good for them! 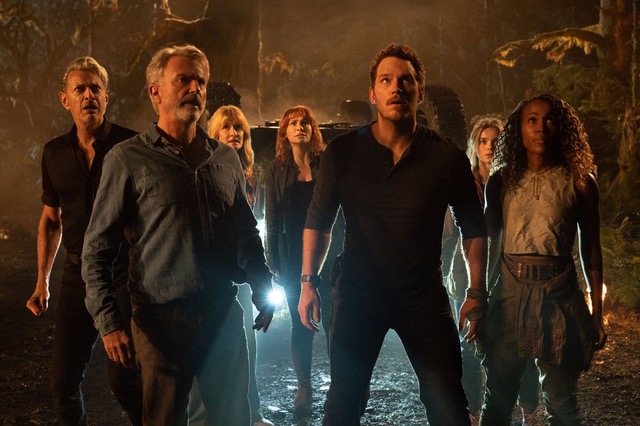 Youngsters love dinosaurs and there is plenty of action to keep them happy for a long time. There's not much humor for the adults except when Jeff Goldblum is on screen. Chris Pratt's best tactic seems to be waving his hands at these savage devils. Bryce Dallas Howard seems confused most of the time on where her character should go. There's a surprise member of the LGBT community that probably won't shock anyone, but is very appreciated. There's also openly gay actor BD Wong who has a nice story arc after a return his third time out as a cast member. 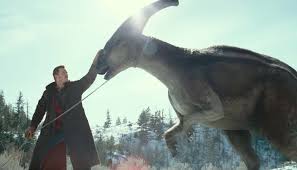 This dinosaur flick is a beast with an over two hour running time and massive amount of territory to cover. The multiple characters involved in the plot cover many races and cultural identities. There are past Jurassic cast members mixing in with the current Jurassic World players plus new actors join the franchise in this conclusion. It is a lot to chew on so buckle up and prepare for a rollercoaster of a ride.

These ancient creatures were meant to be viewed on the big screen and the special effects are simply out of this world sometimes. The smaller dinos are the least realistic of the bunch, but the landscape scenes are breathtaking at times. There is something to be said about living together with animals and Trevorrow attempts to go there with the audience. The themes don't usually run that deep with a typical popcorn movie such as this one, but Jurassic World gets points for trying.

Jurassic World: Dominion is already devouring the competition at the box office on the opening weekend. Don't be a fossil sitting at home when a final adventure in the kingdom of dinosaurs awaits you!