Lights lights up the House of Blues 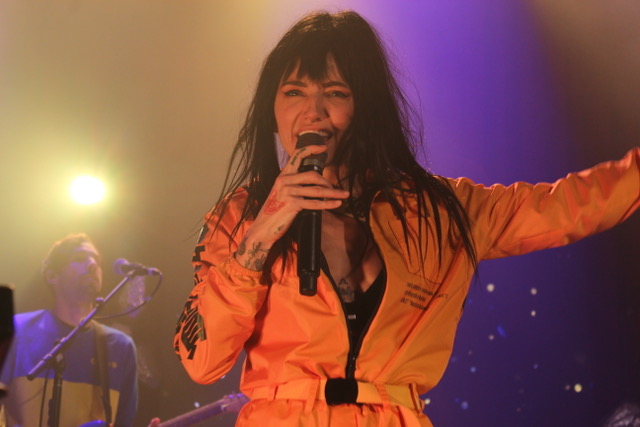 Canadian singer Valerie Anne Poxleitner originally played off her last name to create the stage persona of Lights and become a pop star. After a successful EP, the talented performer released The Listening in 2009 and toured to Chicago playing at Subterranean in October of that year. That's where I met and interviewed her after discovering her sound on an MTV reality show. Her confidence has grown as well as her budget since then.

Lights has evolved in many ways since that time and her show at the House of Blues on May 4, 2022, was proof of that. She started her Baby I'm Back Tour in the Windy City with the appropriately titled track "Prodigal Daughter." 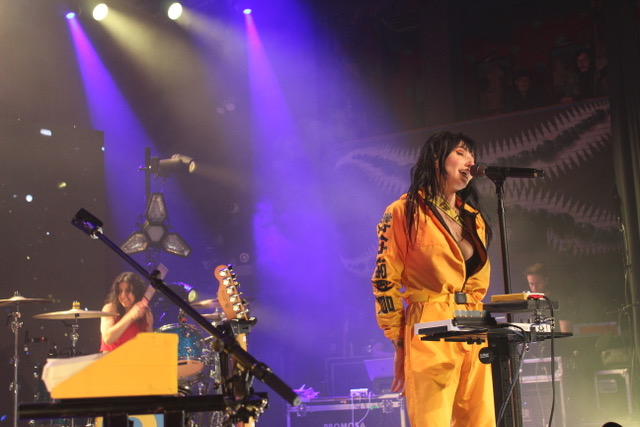 "Ice" and "Up We Go" excited her loyal fans who obviously loved some of her early work. She followed that with "In My Head" from her sixth studio album which blended well with the accompanying music. We are both Bjork fans and one can hear that influence with the feedback electropop of "Everybody Breaks a Glass."

In between song performances, Lights spoke on the microphone about how much she had missed touring and that her lifelong pet had died from accidental electrocution. Her spirits remained high though taking energy from the spectators who obviously continue to hang on her every move. There was a healthy mix of the LGBTQ+ community at the show that evening and Lights coming out as bisexual helped with that diverse conversation. She is married and off the market now, but being her authentic self is really the only way she has ever been as long as I have known her. 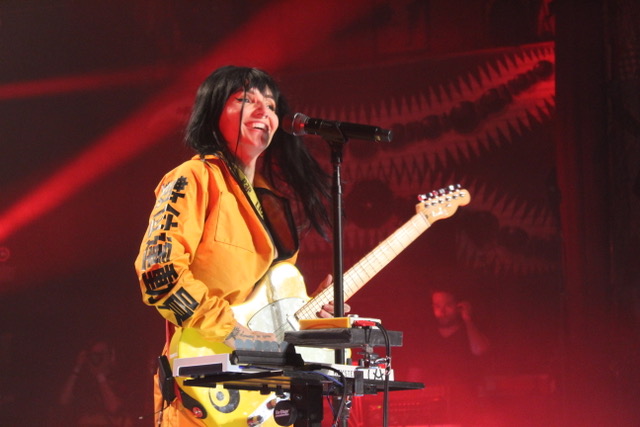 Our mutual love of comic books is another thing we bonded over and it shows in terms of the overall picture of her marketing and merchandise. The set looked expensive and had massive screens to show off her videos and branding. She has come a long way from making homemade videos in Canada and the music label behind her supported her vision of the tour well.

Lights commented on the even gender ratio of men and women on this particular tour as she introduced the bassist and drummer behind her. The trio all played keyboards at some point over the course of the concert to carry out the synthesized tunes of Lights' catalog. 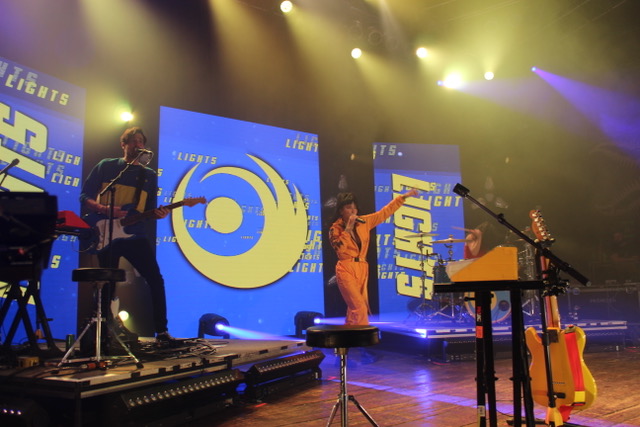 The jumpsuit-wearing songstress' first introduction to the world came with "February Air" which turned into a singalong to those that saw it live that night. More fan participation followed with her invoking people to raise their phone flashlights to the sky for "Beside Myself."

"Okay Okay" had her opener Tillie returning to the stage in a friendly rendition of the peppy song. Lights finished with "Love Me" before a two-song encore that left many in the throng emotional.

Lights will always shine bright in whatever projects she does because it comes from a genuine and honest place. Follow Lights on the road and future endeavors at IamLights.com.