Moulin Rouge! The Musical kicks off the North American Tour in Chicago 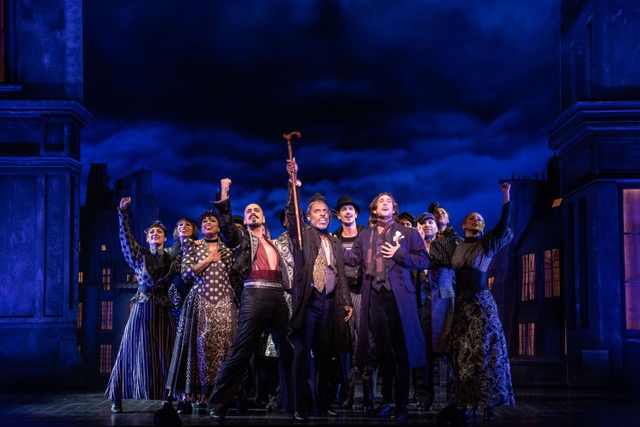 Moulin Rouge was worth the wait! The jukebox musical version that is based on the 2001 movie seemed like an easy transition after being such a hit on the big screen, but the journey to the stage has been a long one. A pandemic and COVID scares plus getting the rights to so many musical tracks has not been easy on the visually stunning spectacle that is Moulin Rouge! The Musical.

For those that are not familiar, and my guest wasn't, Moulin Rouge is set in the Montmartre Quarter in Paris at the turn of the 20th century. A young composer named Christian falls in love with a cabaret actress named Satine. RuPaul's recent parody Moulin Ru: The Rusical on Drag Race officially ruined the name for me by calling her "Saltine!" 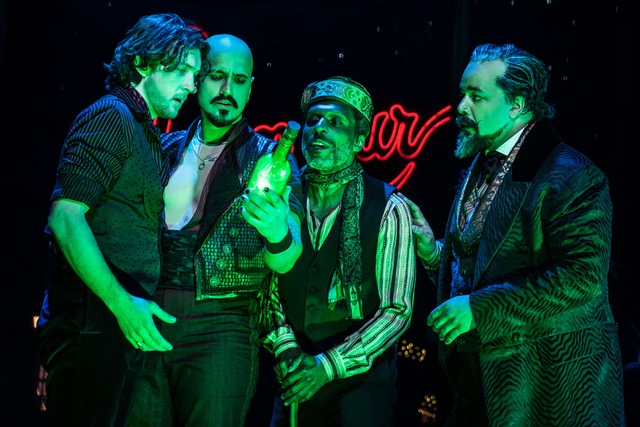 Things kick off from the beginning of the first act with four soul sisters Nini, Babydoll, Arabia, La Chocolat plus gay director Harold Zidler. These Lady Marmalades immediately set the tone for over two hours of cover songs. It's like Glee on acid mixed with the costumes of Elton John in front of a colorful circus set.

Many will remember Nicole Kidman and Ewan McGregor's renditions of popular songs that were woven into the storyline to push the tale of love forward. Courtney Reed has her own take on the material but sometimes isn't given the range to shine. Conor Ryan takes the notes and makes them bright like a diamond. It is easy to see why postponing the musical was necessary while he was ill. I don't know of many artists that sound like that to replace him. He is truly gifted and audiences will marvel at the talent of this long-haired ruffian for a long time to come. 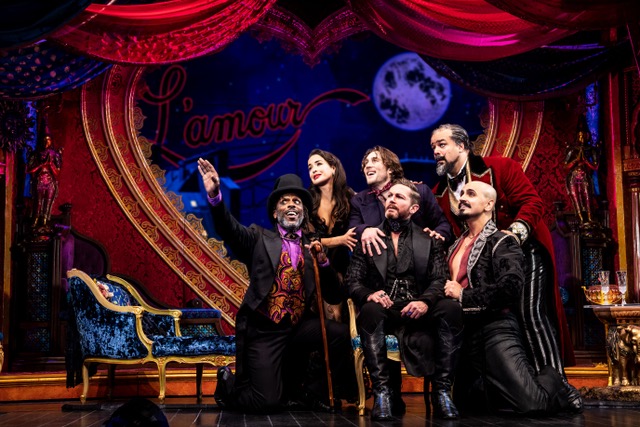 There are plenty of new songs added from artists such as Katy Perry, Beyonce and Lady Gaga that were not the hitmakers in 2001 that they are currently. This really adds to the feeling of the show and the songs that are continually cranked out at a frenetic pace.

The second act is too long and needs some cutting as it seems the creators don't know how to edit towards the end. Out actor Andre Ward can perform this role with one arm tied behind his back, but one of his scenes is just unnecessary at no fault of his own. Moulin Rouge could take a cue from SIX and make things a little more concise.

When it is good it is really good though and there are some breathtaking moments that are simply not to be missed. Paris is burning to hit the road so snatch up your tickets at BroadwayInChicago.com before May 14. Love leaves the Nederlander Theater until another new show debuts in the iconic space. Until then we have a hit on our hands and another hit song and another hit song. I'm exhausted just writing about it, can you imagine what the cast goes through? Stay well, my friends, come what may!