Little Six is in the mix at CIBC Theatre 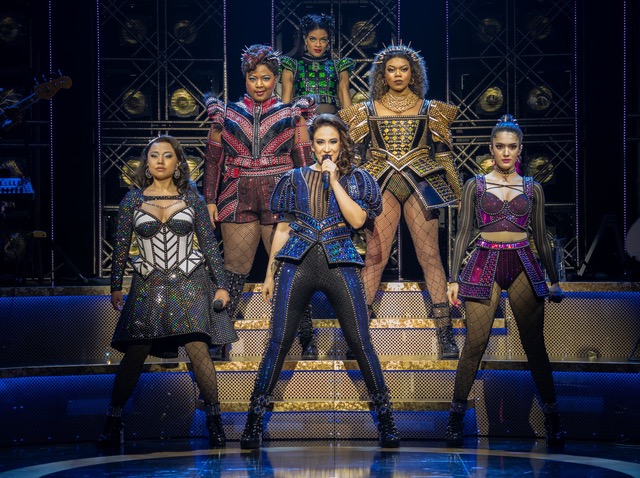 The merry wives of Tudor are set to rule the city of Chicago now through the summer of 2022! The hit British musical SIX took audiences by storm internationally as well as a previous successful run at Navy Pier's Chicago Shakespeare Theater in 2019.

It's plain to see that the current Broadway in Chicago touring cast members are just as strong and talented as previous incarnations, if not more. The clever text by Toby Marlow and Lucy Moss is continually updated to keep expressions current and fresh.

The possibly Eurovision Song Contest inspired plot is kept quite simple. The six wives of Henry VIII tell their stories and sing solos while competing for the crown of lead singer in front of an audience. The winner doesn't take home much except for bragging rights on suffering and possibly a bigger paycheck. 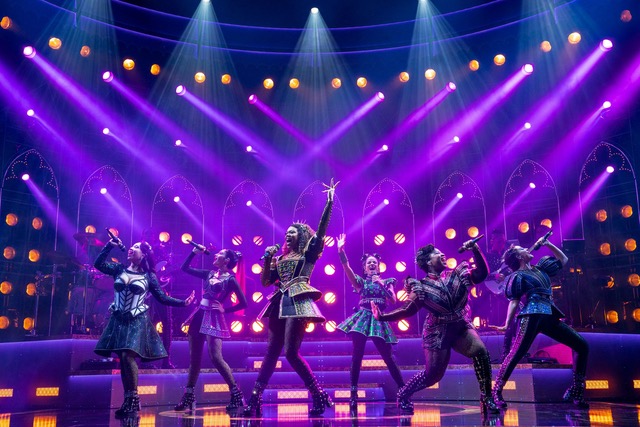 Many pop girl groups have built successful solo careers over the years after leaving their band and with this bunch, it makes it hard to tell who that exact person would be. As watchers, we get to be the judge and jury in the decision or so we think. With this much talent and attitude, the six of them don't seem to need that validation, although they ask for it throughout the swift-running time of 80 minutes.

Each member of SIX has time to shine in the spotlight with a solo that may remind music fans of popular artists on the radio today. These spicy girls resemble a golden Beyonce, the singing tones of Cuban Camila Cabello, a sassy Lizzo on a throne and a pink ponytail reminiscent of Ariana Grande. They aren't copycats but obviously inspired by pop stars from the past, present and future. 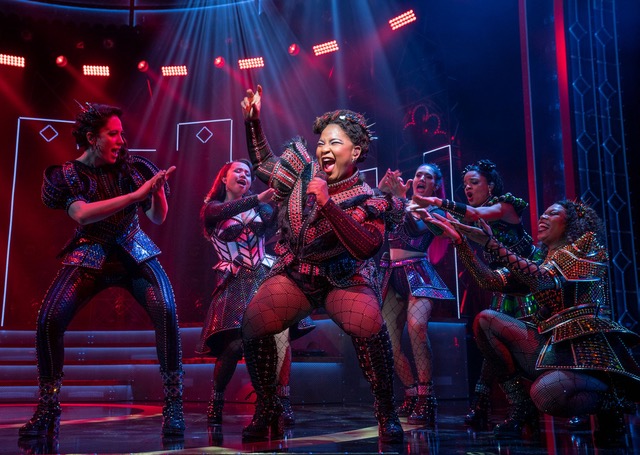 To single them out does them a disservice and instead, this is left up to the viewer to pick their own favorite. This is a world where kings are disgraced and queens are celebrated in modern times. Clapping along to songs is encouraged in each herstory and cheering for that favorite queen is hard not to do.

The glittery costumes and neon light show just add to the spectacle as well as the energy of SIX. This is Q-pop, not K-pop and already has a built-in international fanbase thanks to many catchy and well-crafted songs.

It's easier to follow than Hamilton and bridges the gap between popular music to fact-based history more smoothly than rap rhymes have done so far. 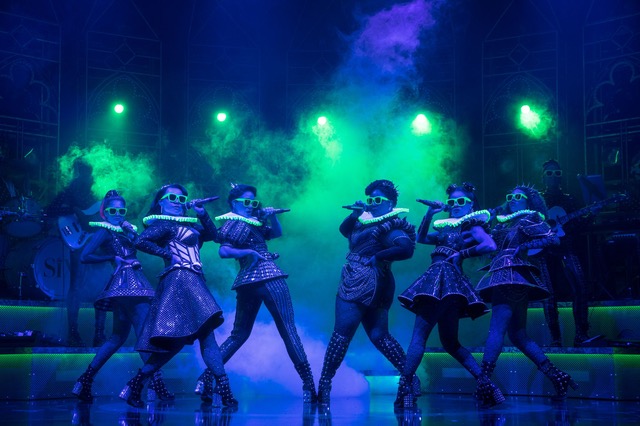 For those that don't like the traditional setup of musicals, this might be the perfect experience for you. Think of it like a concert where Sixth Harmony is performing backed by an all-female live band instead of a track.

The overall lesson is to lift each other up as women and shows that no one wins if we tear each other apart over past struggles and hardships. That is something everyone can relate to as we live the challenges of our individual lives each day.

Go-Go to BroadwayInChicago.com for tickets at a price that doesn't cost an arm and a leg. Remember there are no shows on manic Mondays but two shows on Saturdays and Sundays!