Hurray for Sons of Hollywood 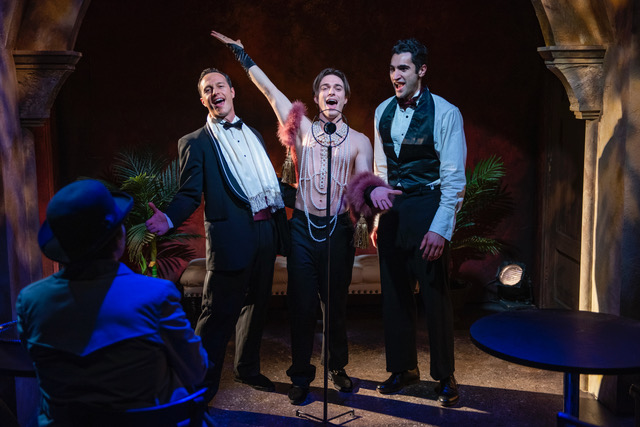 Based on a true story, Sons of Hollywood tells the tale of old Hollywood focusing on several people who lived their lives in secrecy. This is a return to the original theatrical spot of Windy City Playhouse, 3014 W. Irving Park Road, after A Recipe for Disaster premiered at 105 N. Dearborn Street in the Loop.

Unlike several of Playhouse's past productions, Sons of Hollywood is not immersive and is staged in proscenium style with several comfy living room chairs in front.

The massive set has different levels for the performers to play in and the sheer size has Hollywood looming over the actors. This conveys the intimidation and oppression that was felt in the 1920s. 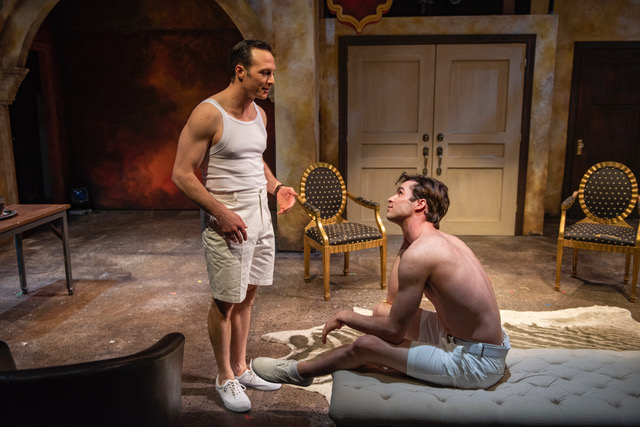 The cast uses snippets of songs to transition scenes at brief intervals. Definitely not a musical, the performers sing these short melodies to keep things moving along. This is a charming device that was chosen to be used instead of having a traditional piped-in soundtrack.

Main star Trey DeLuna carries much of the show on his back as Roman Novarro and Adam Jennings as Billy Haines does a good job of supporting him along the way.

From rags to riches then back to rags, Novarro has a rollercoaster of a career during his time in the limelight. Sons of Hollywood time jumps from 1925 all the way to 1968 by the end. 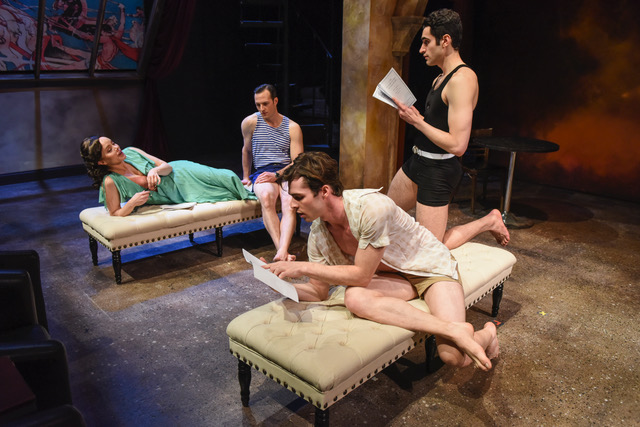 Abby Lee has Bette Davis eyes playing Joan Crawford. Lee's Lucille May LeSueur hits all the right notes with a sharp, barbed tongue while spitting out words at a fast pace that was common for that time period. Crawford's relationship with gay men, and especially Haines, was well documented and controversial. She is a key member of the cast and her friendship with them really adds to the storyline.

If you enjoyed Ryan Murphy's Netflix series Hollywood then this is a very similar storyline about the deeply closeted time in Tinseltown. There are even some crossover artists on both shows.

We live in a time where the LGBT community is being silenced and hidden in classrooms, so this particular show is a good lesson in how silence only causes pain and tragedy. There are repercussions to faking things and the truth always comes out, sometimes after death. Navarro being closeted and trying to write a straight memoir is the real tragedy.

Sons of Hollywood should be applauded for shining a spotlight on the mistreatment of gay men in society and professionally. There are actors that still won't be true to their authentic selves today and by doing that the cycle will continue.

Sons of Hollywood marches on until April 17, 2022. Tickets and information can be found at WindyCityPlayhouse.com.