Singer Kacey Lee Musgraves released her album Star-Crossed in September of last year which has now led to a major tour in 2022. Her timing is off a bit regionally with extremely cold stops in the Midwest and a highly contagious COVID variant at its peak. On January 20, Musgraves and friends arrived at the United Center in Chicago at a time when many surrounding events were canceled or postponed.

Nothing was going to stop the 33-year-old star or her fans from having a good time that evening when Star-Crossed: Unveiled Tour had a second stop after playing Minnesota the night before.

After vaccine cards were checked at the front of the venue, some ticketholders bought concessions, grabbed merch and eagerly filed into their seats to see what was in store for them. Arriving early paid off as the opening entertainment were both engaging and talented. Genre-busting queer band MUNA kicked things off with an electric set of smashing tunes. Lead vocalist Katie Gavin is from the Chicago area and the band brought high energy to their set. They mentioned creating a safe space and launched into the track "I Know a Place." Their closing song "Silk Chiffon" had people rising to their feet in complete adoration of the meaning behind the powerful lyrics. 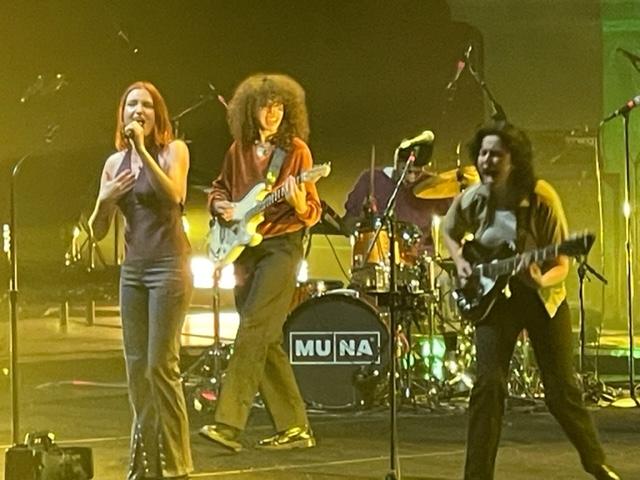 The second act performer King Princess came on next and played several unreleased songs for their segment. The genderqueer singer continues to be a little rough around the edges as they find their footing as an artist these days. Princess' pipes were on point as usual, but the banter involved numerous curse words and awkwardness. "Ain't Together" hit all the right notes though and "Talia" was dedicated to gays in the audience to thunderous applause.

By hiring LGBTQ+ acts in support of her tour, Musgraves continues to show her allegiance with the overall community and that has paid off in ticket sales. 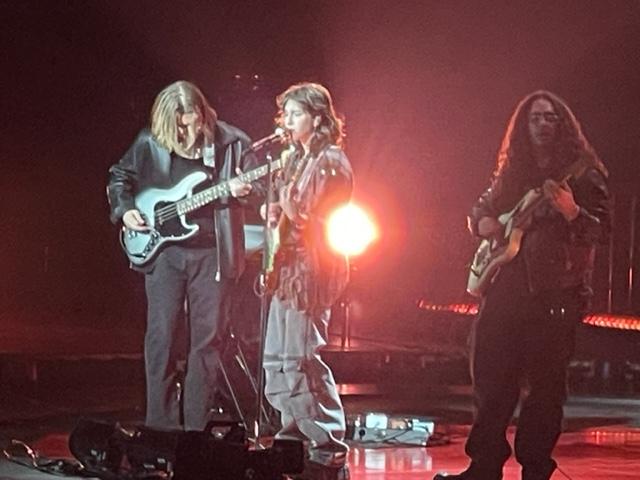 The country/pop chanteuse had a lot to live up to with such a gigantic tour in the books and the pressure was on from the start. A flaming heart opened the show accompanying the title track "Star-Crossed." The stage space had Musgraves looking a little lost at times in her high heels as she tried to play to all sides of the large venue. Light-up bracelets were given to spectators beforehand to display a rainbow of colors to special moments planned throughout the setlist. It's not original though and at one point the gimmick of having a gun to shoot out fake dollar bills into the audience fell flat as the money ended abruptly. Musgraves couldn't make it rain so tossed the toy aside. There were definitely a few kinks to work out in the coming months.

The songbird had to face many challenges like the slow jam of an album called Star-Crossed with basically no radio hits. She described it as a bit sleepy herself, but wisely picked tracks that showed off her skills as a live performer. "Cherry Blossom" had beautiful paper petals raining down on the crowd and "Breadwinner" was a real crowd-pleaser. 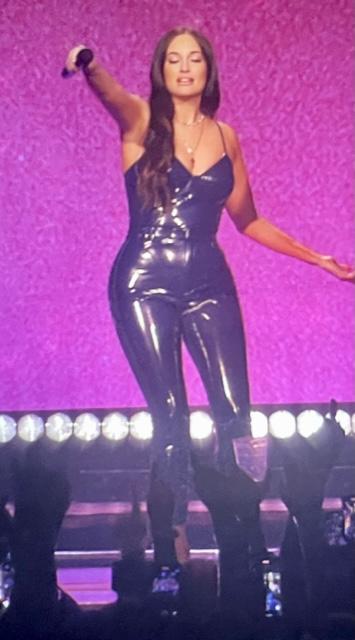 Grammy Award-winning endeavor Golden Hour continued to toe the line in concert, although "Lonely Weekend" had microphone feedback issues that night. The down-home singer talked directly to fans from the mic when it did function correctly just like everyone was best friends with quaint stories and jokes. She spoke of visiting Wicker Park earlier that day to stop at Stan's Donuts and later visited her gay bestie while in town.

She reminisced about her first single "Merry Go 'Round" which was predicted to be a flop and "too depressing" by the music label. It is still one of her best songs lyrically to this day. Much of Musgraves' music is made to play at small clubs and large attendance events like this one and Lollapalooza recently has lost the overall spirit a bit.

From the failed attempts to sell condoms at the United Center to a silly Kacey-oke setup to sing a cover song, the purple latex-clad performer should be careful of the pitfalls that come when one is too big for their britches.

Her next album has to reach the high quality of the Golden Hour project or more label conflicts could be in the future. That might turn out to be a good thing and she can go back to her roots to play honkytonk bars again. No matter what, just like her unforgettable "Rainbow" song says there is always a rainbow hanging over her head and her journey is far from over.

The Star-Crossed: Unveiled Tour continues with tickets and information at KaceyMusgraves.com.