Jingle Ball sells out this year at Allstate Arena 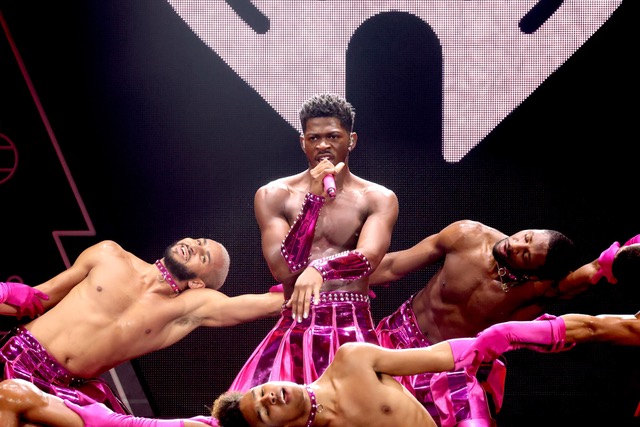 iHeartRadio's Jingle Ball Tour returned to the Allstate Arena after a two-year hiatus due to a pandemic. Having the right combination of musicians paid off for the organizers in 2021 with a sold-out show on December 7.

While New York had music acts like Ed Sheeran, Dua Lipa and Jonas Brothers, Rosemont, Illinois brought in Doja Cat, Lil Nas X and Black Eyed Peas. Referring to the other performers as “five others” on radio segments was an injustice to the talent involved. One of the best things that these group concerts accomplish is the introduction of upcoming artists and this was a chance to see many of them before they become the hitmakers of tomorrow. 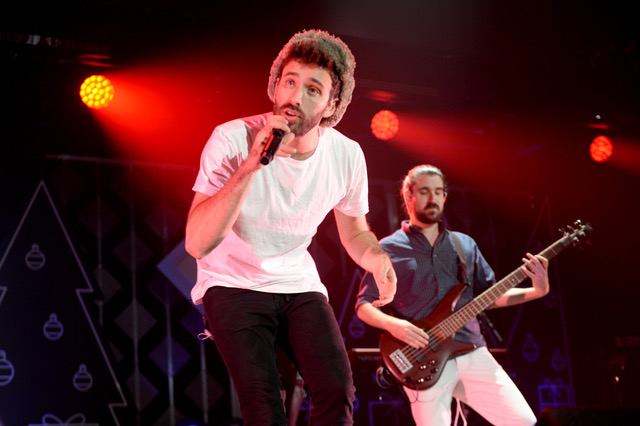 TikTok star Dixie D'Amelio kicked things off as the first singer to perform. Resembling a mix between Kendall Jenner and Dua Lipa, she showcased her work like the Rubi Rose song “Psycho.” A four-person writing team, including Wiz Khalifa, didn't do her any favors with the trite “One Whole Day,” but she bounced back with the holiday track “Naughty List” which blended into “Be Happy” where she lounged on top of her backup dancers on the lip of the stage. There was no rotating platform this year, but the set changes were smooth and radio personalities distracted the crowd.

Canadian Tate McRae entered the arena in a festive shiny jumpsuit. Not playing her song “You” with gay pop singer Troye Sivan was a disappointment, but the support from a flamboyant dancer showed her stance on inclusion. She released “feel like shit” just a few weeks before this concert appearance and the video, projected behind her highlighted her flexibility and dance moves. “You Broke Me First” ended her set and that raspy voice should have many talking about her for a long time to come. 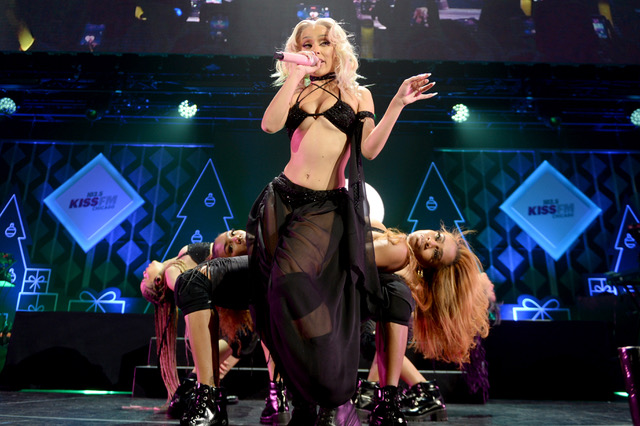 Lebanese singer/songwriter Bazzi appeared very comfortable while wearing a scarf onstage with a bundle of offerings such as the charming “Mine” and the angelic “Beautiful.” His banter with the audience was awkward, but his talent shone bright that night.

Moving on to Diamonte Harper, or better known as Saweetie, who took a page out of the Beyonce playbook with a fan blowing her hair whips, a glittery bodysuit and two backup dancers to complete a trio resembling Destiny's Child. Playing off her single “Icy Grl” she asked the front row to twerk for an icy chain. This rapper was a little overwhelmed with the size of the venue and had a muffled sound at the beginning, but a gay Pride festival in the summer would be the perfect match for her. Doja Cat missed an opportunity to join her on stage for their duet “Best Friend” and was possibly preparing for her later time slot in the wings.

The three brother band AJR were the oddballs of the Jingle Ball lineup and were awkward as ever on the mic. They quickly won over new fans with a medley of their work, including “Burn the House Down,” “Way Less Sad” and “Bang!” They took spectators on a tour behind the scenes of their songwriting that was both unique and quirky. The trio has come a long way since I interviewed them back in 2018. 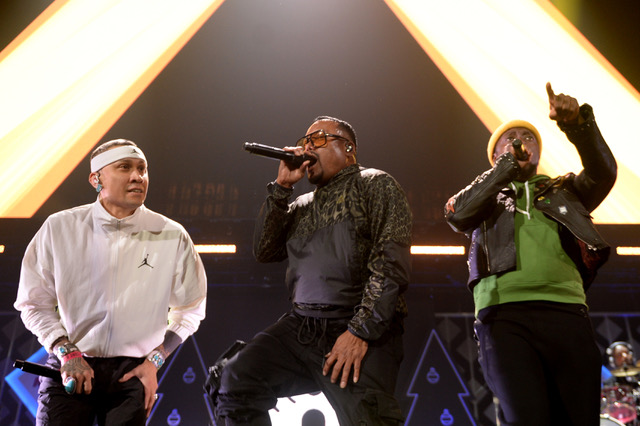 Doja Cat came next with an outfit reminiscent of Shakira's low riding bare midriff. The LA artist's hips didn't lie as she gyrated around and commanded the stage. This kitty proved she has the stuff to headline a large tour all by herself.

The legendary Black Eyed Peas hit the crowd with a “Boom Boom Pow” and the loudest set at the Ball. There was no Fergie in sight that night, but singer J. Rey Soul did a fine job. The ones to really watch were the original members will.i.am, apl.de.ap and Taboo who constantly moved around at a frenetic pace. It was hip hop with more emphasis on the hop. The group's Latin album Translation played well live even without the numerous guest stars and a backing band pounded out their classic tunes while fans waved their light-up glow stick from the Wendy's Restaurant chain.

Headliner Lil Nas X was worth wait as he strutted out in a shiny pink gladiator skirt solo. A legion of dancers supported him later in the set and it was plain to see that all involved enjoyed being there. While some conservatives left because of an openly gay singer on the bill, they had no problem earlier in the evening with acts that used curse words or showed off their derrieres. Montero Lamar Hill should be applauded for continuing to be his authentic self and pushing the envelope on what an out and proud performer can be in the future.

Visit iHeart.com for information on upcoming shows and merchandise.