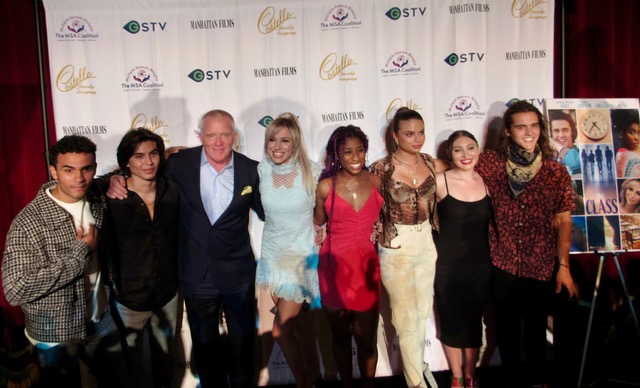 Anthony Michael Hall was the jokester in many of his past roles over the years and he continues to be in everyday life. He brought a light and sunny vibe to a heavy and important cause of Multiple System Atrophy while hosting a fundraiser on July 26 at the Tivoli Theatre in Downers Grove, Illinois.

He kidded around with fans and signed many autographs for VIP donors over the course of the evening. His wife even worked the merchandise booth in the lobby.

Hall brought along many cast members from his latest high school drama The Class to promote the new project and support the evening's festivities. Much of the cast were styled by The Class' costume designer for the red carpet. 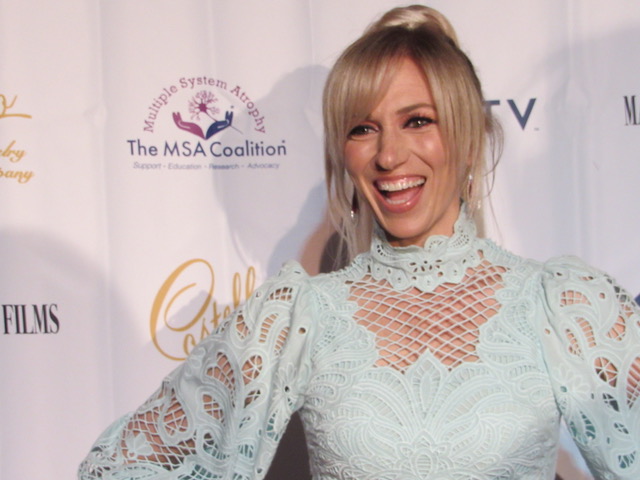 NBC's This Is Us actress Lyric Ross started off the procession of talent and explained her name comes from her songwriting mother. She commented on the many fans that have connected with her adopted character over the seasons of This Is Us.

Colin McCalla, from the show on BET+ Ruthless, is playing football player Max in The Class. In real life he was a math major in school as opposed this current sports focused character.

Actor Charlie Gillespie spoke about his Netflix show Julie & The Phantoms that is planned for another season. He described the cast as being very close and characters representing everything from straight, bisexual to gay with a lot of subtext.

Hannah Keppel talked about the stunts on her Netflix offering Cobra Kai. “Watching my cast mates going from season one where they didn't do any karate to now doing all their own stunts and killing it. I feel like a proud mom!” Season four of Cobra Kai is already in the can and may be out this fall, although not confirmed by the hit show. Her character in The Class is completely different from Moon, her character in Cobra Kai. “She's studious, organized and a type A. She has some surprises about her and I am excited for everyone to see it.”

Monaco Films' Nicholas Celozzi wrote The Class, telling the story of six high school seniors confronting their differences thanks to their acting teacher, played by pop singer Debbie Gibson. She is writing a song for the film and just released a high energy track called “One Step Closer.” Gibson said she eats well and lightly works out to prepare for revealing video shoots like the most recent one for “Closer.” 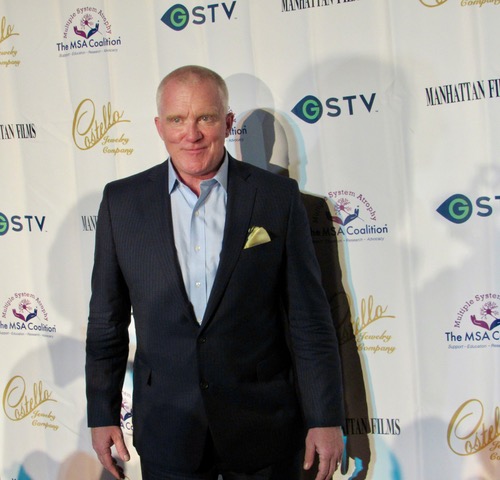 She is performing the new single along with past songs pairing her Joey McIntyre from New Kids on the Block at The Venetian Resort Hotel in Las Vegas this August and September. Gibson reminisced about playing in gay clubs and musicals she did in Chicago in the past. Her inspirations from Broadway musicals were Patti LuPone and Liza Minnelli that helped her begin that portion of her lengthy career. She talked about The Class being gritty and having opportunities for improvisation.

Hall called Gibson a “kindred spirit and very easy to get along with.” He plays the assistant principal in The Class and is also executive producer. He brings a long resume of movie and television roles such as ABC's The Goldbergs and Netflix's War Machine. He is in the upcoming Halloween Kills film with Jamie Lee Curtis. When asked what past part he turned down that he now regrets, he confessed that Ferris Bueller's Day Off was written for him, but he was busy on other projects, so didn't accept the role. He credited John Hughes as a big influence to The Class and said he wouldn't have this platform without Hughes. “I am here at age 53 and started when I was eight years old! I am so blessed and grateful.” He went on to say that the last time he spoke with Hughes was a phone call with John Candy for three hours. “He was thinking about doing a sequel to Breakfast Club with the same cast later in life. The Class takes this framework to a whole new level. It's very exciting!” 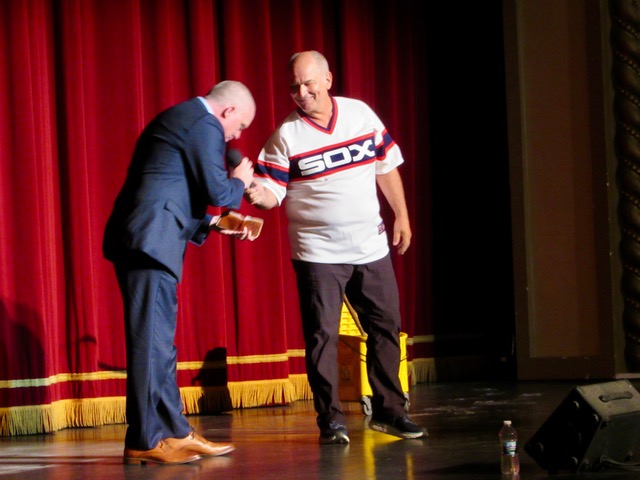 Actor John Kapelos was a surprise guest introduced by Hall before a screening of The Breakfast Club, Many will know Kapelos as Carl the Janitor from the iconic film and will be in The Class playing an uncle to one of the teen actors.

After the screening, a VIP after party completed the donor experience at the nearby Tivoli Bowl.

The Class is currently in its second week of shooting at Elmhurst University in Elmhurst, Illinois, so stay tuned for more updates about it in the future.