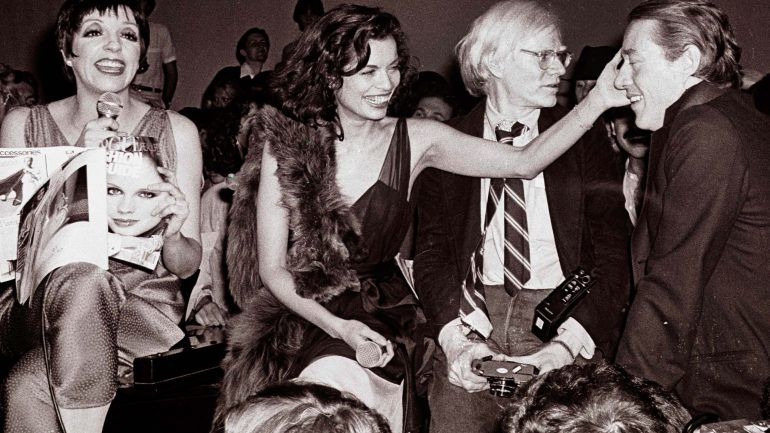 The final weekend of Reeling focuses almost entirely on shorts, making this the most shorts programs ever presented by the festival.

STUDIO 54, the history of the infamous 1970s era nightclub from director Matt Tyrnauer (Valentino, Scotty Bowers and the Secret History of Hollywood) closes the fest on Sunday, Sept. 30 at 5 p.m.

Tickets may be purchased online at reelingfilmfestival.org.

The 36th edition of Reeling is presented by AARP and ROOM & BOARD, and is a program of CHICAGO FILMMAKERS, a non-profit media arts organization that has been serving Chicago's independent film community for more than 40 years. Reeling sponsors also include Premier Sponsors GILEAD, CHICAGOPRIDE.COM and HERE TV; Grand Sponsors are BEST WESTERN PLUS HAWTHORNE TERRACE, EDGE MEDIA NETWORK and NEXUS RADIO.

The final weekend of Reeling focuses almost entirely on shorts, making this the most shorts programs ever presented by the festival.

STUDIO 54, the history of the infamous 1970s era nightclub from director Matt Tyrnauer (Valentino, Scotty Bowers and the Secret History of Hollywood) closes the fest on Sunday, Sept. 30 at 5 p.m.

Tickets may be purchased online at reelingfilmfestival.org.

The 36th edition of Reeling is presented by AARP and ROOM & BOARD, and is a program of CHICAGO FILMMAKERS, a non-profit media arts organization that has been serving Chicago's independent film community for more than 40 years. Reeling sponsors also include Premier Sponsors GILEAD, CHICAGOPRIDE.COM and HERE TV; Grand Sponsors are BEST WESTERN PLUS HAWTHORNE TERRACE, EDGE MEDIA NETWORK and NEXUS RADIO.

Sometimes we just need to have a good laugh, and this program is full of them. Family dynamics take center stage in HEATHER HAS FOUR MOMS and GRACE AND BETTY; finding a good match is the name of the game in BOBBY AND SHEELAGH and UP OR OUT; and partners find ways to make a typical day something special in LEMONADE. Plus, Dyke Delicious favorite Fawzia Mirza stars in FOXY TROT. A Dyke Delicious Program.

There comes a time when we all have to face our inner demons, and, sometimes, those demons turn out to be actual monsters! From a haunting at a gay nudist resort to a psych ward demon, these spooky shorts will have you trembling on the edge of your seat! A young man deals with the consequences of being a homophobic bully in LITTLE BILL’S PEEP SHOW; RED VELVET reveals one man’s dark inner world, soaked with anger and despair; a psych ward demon is awakened in THE QUIET ROOM; a boy and his two fathers are visited at night by a mysterious stranger in LITTLE BOY BLUE; and in HIPPOPOTAMUS, the lone caretaker for a closed gay nudist resort is confronted with what he thinks he sees, and what has been watching him all along.

This diverse collection of documentary shorts gives us an authentic look into the lives of gay men right here in Chicago and from around the world. Two Australian pavement artists share a unique relationship and system of artistic collaboration in TWO MINDS ARE BETTER THAN ONE; OUT ON THE STREETS shares the stories of young gay men experiencing homelessness in Chicago; and an African refugee visits the Memorial to Homosexuals Persecuted Under Nazism in Berlin in the experimental short THE WORLD IS ROUND SO THAT NOBODY CAN HIDE IN THE CORNERS – PART II: THE KISS. A LESSON IN LOVE tells the tale of Bud and Don, who have shared 41 years of love and gratitude in the wake of gay liberation and the AIDS epidemic; and in BEING OKEY–WHEN LOVE IS TREATED AS A CRIME, we get an intimate look into the compelling life of a gay Nigerian man who narrowly escaped death and fled with his partner to Switzerland, only to be caught between the constant fear of deportation and the hope for a safe life together.

Whether you are starting your life’s journey or are just young at heart, we can all relate to the experiences shared by the women in these short stories. SOME GIRLS and ERIN’S GUIDE TO KISSING GIRLS remind us of our first teen crushes; teenage girls at a Hasidic sleep-away camp explore a forbidden book in SUMMER; a twin’s sister may have crossed a line in DUPLICITY; and two young girls from very different backgrounds fight conventions in NAUGHTY AMELIA JANE. A Dyke Delicious Program.

This diverse collection of shorts speaks to what it means to be LGBTQ+ in different places, cultures, and communities around the world. MANY LOVES, ONE HEART: STORIES OF COURAGE AND RESILIENCE shines a light on the nascent LGBTQ+ movement taking place in Jamaica; THE WORLD IS ROUND SO THAT NOBODY CAN HIDE IN THE CORNERS–PART I : REFUGEE is a compelling look at the trying journey of a gay African refugee seeking asylum in Germany. In AN IRAQI BELLY DANCER, a refugee from Iraq escapes his country and moves to Greece, seeking safety from a family who wants him dead and hoping to find a home that will grant him a life in peace and tranquility. THE RED TREE tells the little known history of Italian gay men being arrested and exiled to a remote island during Mussolini’s Fascist regime. TAIWAN! LET’S GET MARRIED! is a look at Taiwan’s successful quest to become Asia’s first country to legalize same-sex marriage; and in DECOLONIZING SEXUALITY: SAN FRANCISCO’S TWO SPIRIT POWWOW, we circle back home to the USA to catch up with Matika Wilbur, a visual storyteller from the Swinomish and Tulalip peoples of coastal Washington.

This program starts off innocently enough, but there is a reason some steamy scenes are being programmed on DATE NIGHT. A little girl surprises her mother with a special Valentine in HAPPY VALENTINE’S DAY; a young woman locates the dear friend of her grandmother to deliver a letter written long ago in POOL; a sexy and very active lesbian makes the dating rounds in GIRL TALK; opposites don’t attract for very long in JEWELS; and in hopes of being crowned prom queen, Callie keeps her girlfriend on the downlow in PROM NIGHT. A Dyke Delicious Program.

Love and laughter take center stage in this heartwarming (and rib tickling!) program of shorts. Two young men share an unexpected encounter in SHOEBOX; a twenty-something looks for love on all the wrong apps in FEMME; and in BETWEEN HERE & NOW, two men form a fragile friendship after a one-night stand in Copenhagen brings them together. SISAK details a romance that develops slowly and intoxicatingly, but which cannot be fully realized; A heartbroken pushover turns to a mysterious magic orb for all the answers in MAGIC H8 BALL; and platonic soulmates Braden and Sam tackle boy problems, crazy bosses, Grindr, drugs and many, many accidents in the first episode of the web series BESTIES.

Folks of all ages can relate to this program of shorts that speaks to the confusion we often face as we first explore who we really are, and how we are shaped by the experiences we have as adolescents. In DEVIANT, a sexually conflicted teenager finds faith and acceptance after escaping the tortures of electrotherapeutic conversion therapy in the 1960s. In VILLDYR (WILD BEASTS), a young Norwegian boy’s impulses are affected by his attraction to his best friend. SHALA is the story of a young boy living in an orphanage who has a hard time being adopted because of prejudice. A 15-year-old boy notices that he feels different than other boys his age in SIRENE; and in SOMETHING ABOUT ALEX, a 14-year-old boy navigates a close friendship with his older sister’s boyfriend, and must confront the depth of his feelings when the couple announces that they will be moving away.

Pre and post VCR/DVR obsessions wrap up our programs of women’s shorts. If you remember rushing home to watch HONEY WEST on television, HONEY WEST–THE GLORIA FICKLING STORY is a fun behind-the-scenes look at the creator and “character” behind the sexy female detective. REAL tells the story of a young girl who fixates on an LGBT character in her favorite tv show; EVOKE shows us just how far some people are willing to go; and AU tackles the ties that bind sisters. A Dyke Delicious Program.

Studio 54 was the epicenter of ‘70s hedonism – a pulsating pleasure palace that not only redefined the nightclub but also came to symbolize an entire era. Its co-owners, Ian Schrager and Steve Rubell, one introverted and straight, the other flamboyantly gay, seemed to come out of nowhere. The extraordinary success of the first of the mega clubs with its restrictive door policy and mix of sex, drugs and glamorous celebrities is detailed, as are the factors that brought the phenomenon crashing down. Underneath all the glittery excess is the story of the two owners. Schrager finally opens up to filmmaker Matt Tyrnauer (VALENTINO; SCOTTY AND THE SECRET HISTORY OF HOLLYWOOD) about his improbable friendship with the late Rubell, a victim of AIDS. Thirty-nine years after the velvet rope was first slung across the Studio 54’s hallowed threshold, here is the film that finally tells the real story behind the greatest club of all time.