Her side of the story: an interview with Rickie Lee Jones

When I take a walk around the block, I hear people practicing the trombone. 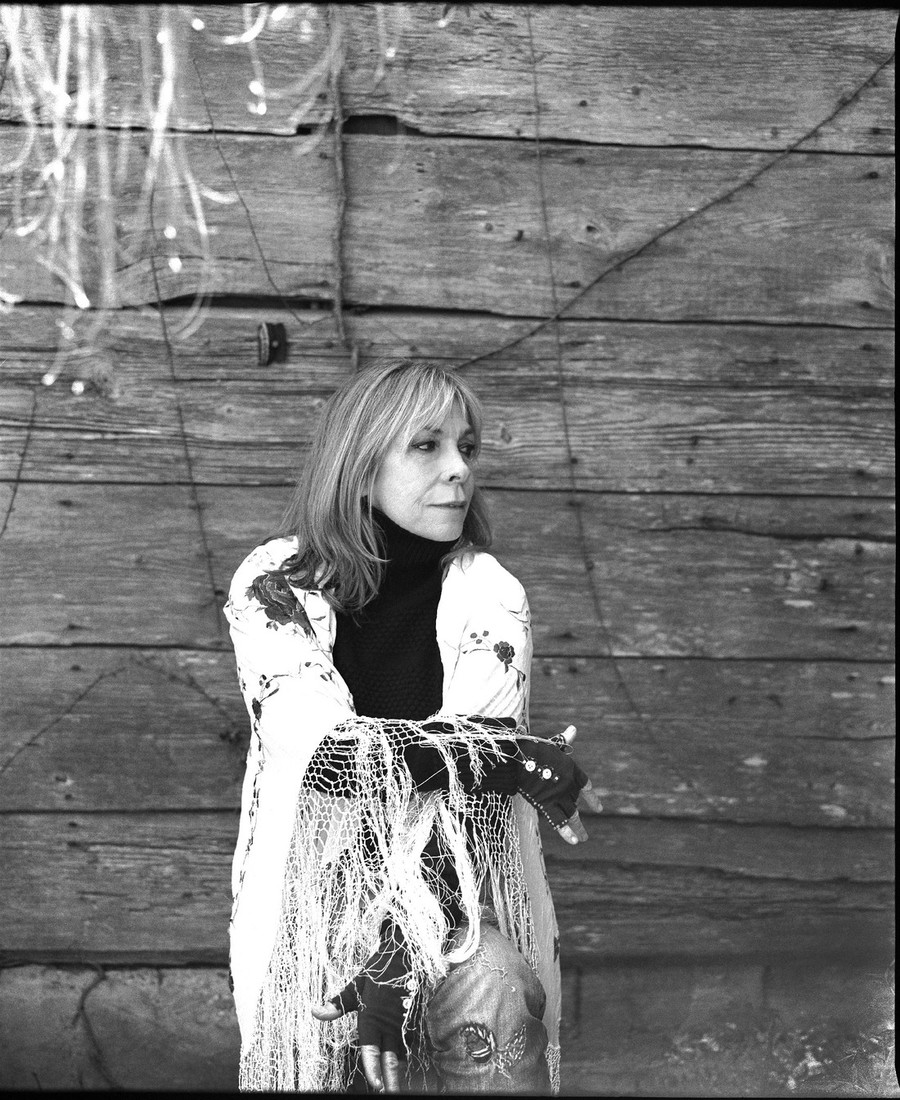 Rickie Lee Jones talks about New Orleans, music and what she'd sing at a same-sex wedding.

The Other Side of Desire (Other Side of Desire Music/Thirteen Tigers), Rickie Lee Jones’ 13th full-length studio disc, and 10th album of original material overall, is a marvel of perseverance (it was fan-funded) and originality. Jones has long been one of the most compelling, yet mysterious, artists in the singer/songwriter genre. Arriving at the tail-end of the 1970s, a decade in which singer/songwriters bloomed, she has moved in many unexpected directions over the course of her lengthy career. What makes The Other Side of Desire so distinctive is that while Jones incorporates new musical influences (a New Orleans sounds permeates the album), the songs are unmistakably hers, from her distinguished vocal delivery to her idiosyncratic writing style. I spoke with Jones about the album and more in June 2015. [Rickie Lee Jones performs on July 17 at Old Town School Of Folk Music in Chicago and on July 25 at Pershing Square in Los Angeles.]

GS: (Gregg Shapiro) You have a long history as an artist who makes what could be described as concept albums – from the electronic Ghostyhead to the spiritual The Sermon on Exposition Boulevard to cover albums of standards from various periods such as Pop Pop, It’s Like This and The Devil You Know. Would it be fair to say that your new album The Other Side of Desire is a New Orleans concept record?

RLJ: (Rickie Lee Jones) I guess you could. Somebody once characterized them as little films. It’s like the clay I use is a totally different clay than I used on the last one. In terms of the words we use to characterize music, yes, it would be a concept. New Orleans is the setting of this film, but it’s more of a film about those people who are alone and lost and left behind and their eternal courage. They don’t leave, even though the floods come and wash them away. When the waters recede, they’re still standing. That’s somehow the theme, if I had to think of a theme.

GS: I’m so glad you said that because I love “Jimmy Choos,” the track that opens The Other Side of Desire. It’s a song that manages to be both playful and serious. Is the woman in the song the kind of character that you’re talking about?

RLJ: Yes. I’m being playful in the song, but their circumstances are not playful

RLJ: It’s had an impact in this way – everywhere you go people are making music for a dollar and they’re going to make that music whether or not they get paid. When I take a walk around the block, I hear people practicing the trombone. We don’t have that much tradition here in America, where it’s passed on from a grandparent. We’re not about tradition here, we’re about the new world [laughs].

GS: Are you feeling like it’s a place where more organic music is occurring?

RLJ: Yes, exactly. All kinds. I come from Los Angeles. Everybody that I know there are professional people. There’s a kind of prostitution thing about it. They won’t play unless they’re going to get paid; even at your house. Here, everybody wants to play all the time. I’m sure there are opportunists, but it’s a whole different thing. Sure, I like the horn section and I like the swamp pop, but what has really gone in for me is a revitalization of my confidence for playing with other people.
GS: Over the years, you have written songs that would qualify as tearjerkers, including “Company” and “Skeletons.”“Feet On The Ground” from The Other Side of Desire would also qualify as one.

RLJ: I guess I could agree with that. I’m thinking of those other songs as ballads and I guess this is a ballad, too [laughs].

GS: What was the inspiration for that song?
RLJ: What it’s about is addiction; people losing their children to addiction, or their sister or whomever. The inspiration is the rehab is an unregulated industry that charges anywhere from five to twenty-five thousand (dollars) a month. When people first encounter their loved ones as addicts, there’s nothing they won’t do to save them and they lose all their money and all their hope in six weeks [laughs].

GS: I have an 11 year old Basenji mix and as a dog lover, your song “Juliette” about your dog Juliette was extremely moving to me.

RLJ: Juliette’s 13 years old. We’ve had her since my daughter brought her home on New Year’s Day when she was six weeks old. She’s got a big vocabulary – 300 words easy. She’s one of those Pit bulls who helps people pet Pit bulls who are afraid of Pit bulls. I have a picture of her online laying in my guitar case onstage. There are a lot of interesting things about her, but one of the most interesting things is when I go to play music, either in the studio or live, the dog gets very, very excited. She feels all that energy. She insists on laying in the guitar case where I’ve just pulled out the guitar. When I’m recording, she likes to lay on the microphone stand and [laughs] be part of all that energy. She’s my best friend, she really is.

GS: With this wonderful selection of new songs, you are going to be out on tour. With a new album in hand, how do you deal with putting together a set-list? Is it important for you to get every new song in or do you try to mix it up?

RLJ: I definitely mix it up. One of my hopes when I wrote this new collection was that I could play them all live for a long time and that I would stay interested in them. It’s important to play a lot of the new work. People want to hear certain old songs. I gave the band a really eclectic list. It depends on how we play them together [laughs] what actually ends up being performed. It’s always eclectic. The only time I did one record was when I did Pirates (in its entirety) a couple of years ago or on the very first tour when I had only written one record.

GS: In addition to being a singer and songwriter, you have also acted in some movies including playing the mother in the gay-themed film Dream Boy. What was it about that part that made you want to play that character?

RLJ: To be honest, I didn’t know the character. The director said, “I’d like you to play the mother” and he gave me a synopsis of the story. That’s how that came to be. As I was there and watched it unfolding, I realized I was in deeper water than I knew going in. I had not read the book. It was pretty moving.

GS: We’re speaking a few days after the SCOTUS decision on same-sex marriage.

GS: Have you had the opportunity to attend any same-sex weddings?

RLJ: No, nobody ever invites me to weddings.

RLJ: [Laughs] I’ve only been to one wedding. My cousin’s wedding when she was 16. That was the only wedding that I’ve ever been invited to that I can think of. Nobody invites me to their wedding.

GS: If you were invited to a same-sex wedding and you were asked to sing a song, either one of your own or one by someone else – what song would you choose?

RLJ: Ooh! The first thing that comes to mind is “Second Time Around.” I guess because by the time anybody gets married, they’ve probably been through a lot of stuff. I like the lyrics and it’s got a sultry melody, too.