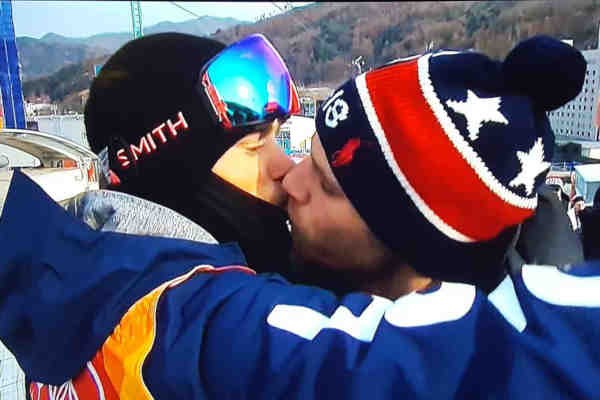 LGBT sports blog Outsports has named Gus Kenworthy kissing his boyfriend Matt Wilkas, an actor, on live television at the Winter Olympics in South Korea its "gay sports moment of 2018."

The kiss was broadcast live by NBC.

Outsports said that their tweet of the kiss went viral, with more than 900,000 impressions.

"It was only 10 years earlier that NBC refused to acknowledge Australian diver Matthew Mitcham being openly gay at the Beijing Olympics as he won a gold medal, ignoring his boyfriend cheering him on in the stands," Outsports wrote. "And it was in 2016 when an NBC Olympic announcer called the wife of a Brazilian women's beach volleyball player her 'husband.'"

Kenworthy, a 27-year-old freestyle skier from Telluride, Colorado, came out gay soon after winning the silver medal in men's slopestyle at the 2014 Winter Olympics in Sochi, Russia.

"It's something I was too scared to do for myself," Kenworthy told the AP about the kiss. "To be able to do that, to give him a kiss, to have that affection broadcast to the world, is incredible.

"The only way to really change perceptions, to break down barriers, break down homophobia, is through representation. That's definitely not something I had as a kid. I never saw a gay athlete kissing their boyfriend at the Olympics. I think if I had, it would've made it easier for me," he added.