One-mile Santa Speedo Run on Dec. 8 is a Boystown tradition 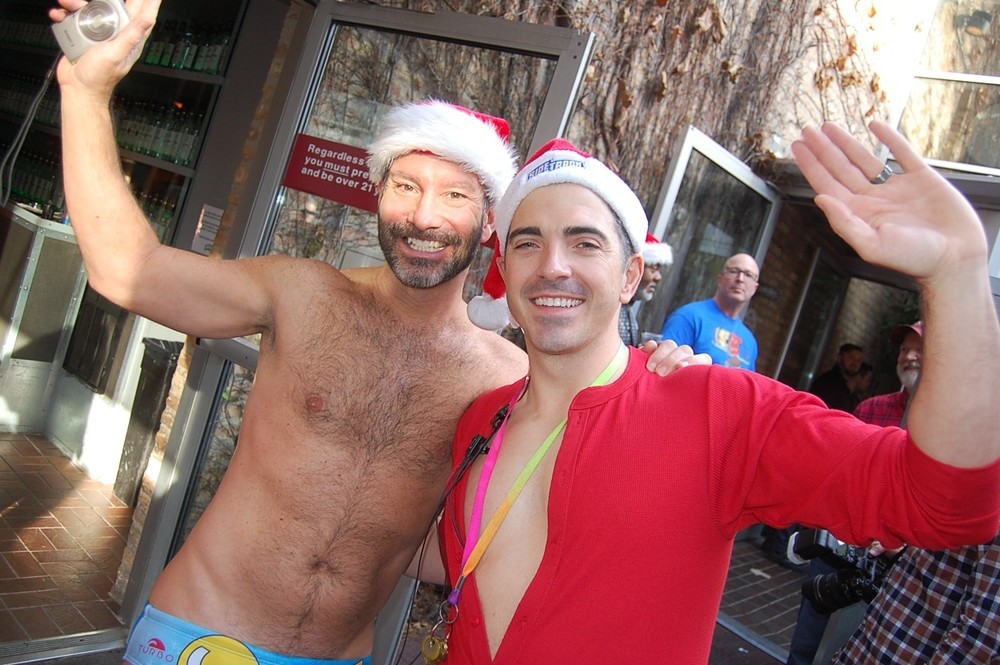 At least for one day.

The annual Santa Speedo Run on Saturday, Dec. 8, is a holiday-time tradition that brings a bevy of scantily-clad runners, walkers and watchers to Boystown for the one-mile journey around the neighborhood, all to benefit the Center on Halsted.

Registration starts at noon that Saturday at Sidetrack, with the run starting at 2 p.m., moments after participants belt out the special Christmas classic, Jingle Balls.

The after-party, from 5-8 p.m., features fun and games and is hosted by Dixie Lynn Cartwright.

The 2017 Santa Speedo Run raised more than $70,000, and the 2018 event is again organized by Karl Sponholtz and Jeffrey Colgan, who live in Chicago and have been married for four years and together for 18 years – since meeting at Sidetrack right before Christmas.

"We began this chapter of the Santa Speedo Run in 2011. Though Chicago has been hosting a Santa Speedo Run on Division Street for years, we wanted to bring something special to Boystown that would raise money for LGBTQ non-profits and our community," Sponholtz said.

Last year, there were more than 900 in attendance.

"Every year we're not sure if we're going to surpass the last, but somehow, we do – we are happy to raise any amount for a good cause," he said. "We ask for a minimum donation of $25 to participate – when you register online, you're encouraged to set your own fundraising goals and our sponsors provide incentives at multiple levels. If you raise $300, you earn the official Santa Speedo that you can wear at the event.

"We want to encourage young people to get involved with fundraising and the community, so the event is fun, and full of energy. We maintain a $25 minimum donation that earns them a Santa Sack. The Sack includes our sponsor t-shirt and goodies from local businesses, such as a $20 gift card to Drew's On Halsted."

The standard Speedo is commonplace for this event, but many participants add their own, personal holiday cheer.

"When it comes to dressing for the event, we are not amateurs – and are possibly the best-outfitted group of them all. Alongside the sexiest Santa's in the city, you'll find glitter beards, shiny-nosed reindeer, abominable snowmen, and snow queens aplenty," Sponholtz said.

"The fabulous Debbie Fox is our hostess again, and this year she'll be joined by Dixie Lynn Cartwright for what can only be the most memorable afternoon of the season. They will entertain the troops, auction Christmas undies right off our Santa's butts, and merrily sing our own Christmas carol, "Jingle Balls." We are thrilled to have them both."

The presenting sponsor this year is Miller Lite, with additional sponsorships from Sidetrack, Tito's Vodka, The Men's Room, and Lyft.