Steve Grand releases new album 'Not the End of Me' 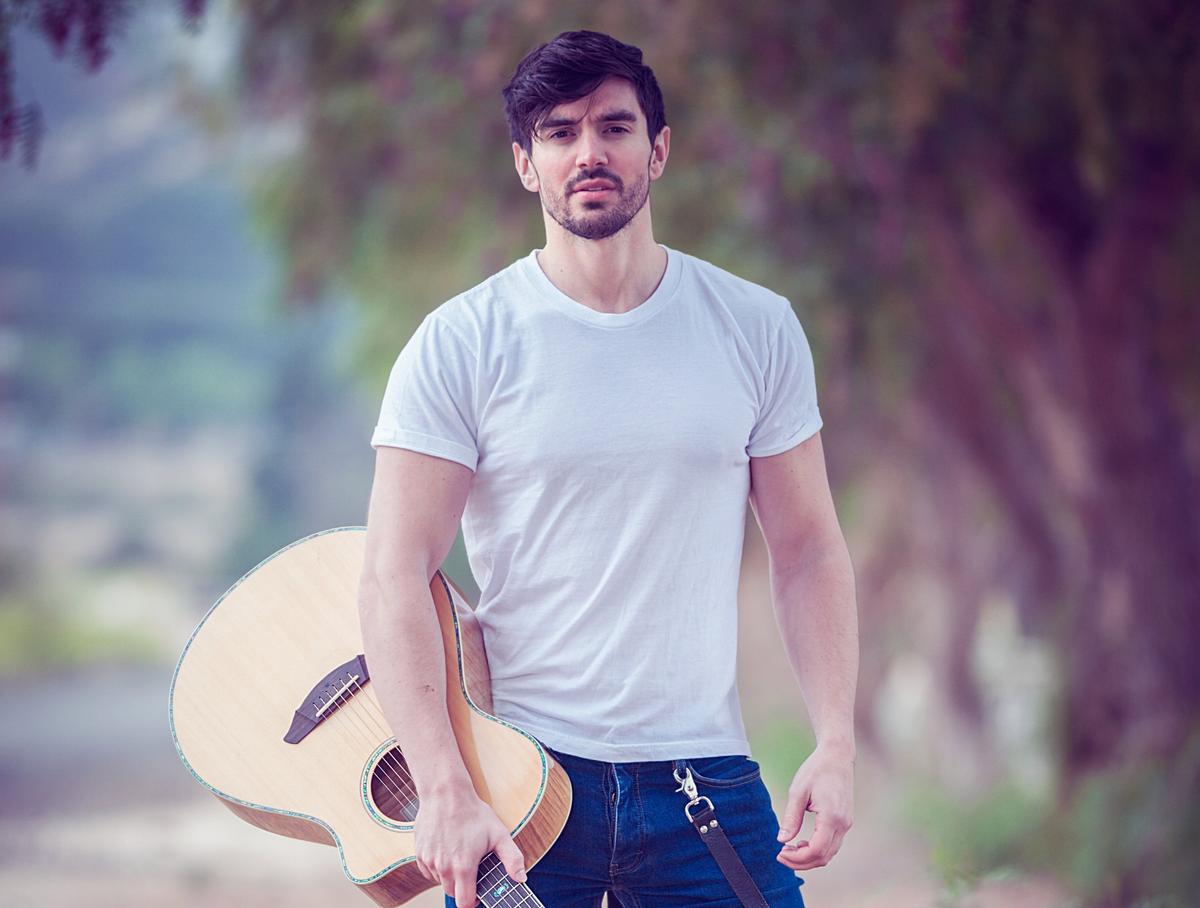 It's time to get very personal with mega-popular, openly gay, muscle-packed singer Steve Grand, who lives in suburban Chicago and shot to worldwide fame five years ago with his viral video song sensation "All-American Boy."

Grand released his new album, "Not the End of Me" on Friday, July 6, which he said writing was "an exercise in catharsis." We spoke with overjoyed, overly-busy Grand today too, and he said:

"I couldn't be more excited to have my sophomore album 'Not the End of Me' debut at No. 2 on the iTunes pop music charts today," Grand told ChicagoPride.com. "All the fans that pre-ordered CDs are getting those today and my heart has been warmed by their reactions. This is a very personal album for me, but it deals with a lot of things that many people go through like depression, substance abuse, and toxic relationships.

"Although the tone of the album is darker, I hope people take away from it a sense of resilience. This album is all about overcoming the demons within – because we all have them. No matter how your life looks on the outside."

The new album's tone is much darker and heavier than "All-American Boy," his debut album, Grand said. "I'm more unfiltered on this album. I explore some of the internal and external challenges I've faced over the last two years, how my ambitions have affected my relationships, losing people that are close to me, depression, and drinking too much. (He is now 2 1/2 years sober, he noted.)

"While the album is narrated from a very personal point of view, I think a lot of the larger themes will connect with a lot of people, especially those of us who have spent any period of our lives in darker times."

Grand's "not the end of me" is available in all digital retailers, as well as his website (shop.stevegrand.com) for CDs, vinyl, and digital copies.

The pre-sale began June 14 with immediate download of his first two singles off the album: "Not the End of Me," and "Don't Let the Light in."

The album's title track, "Not the End of Me," is a song he wrote when a long-time relationship was coming to an end. "Breaking up can be long and drawn-out, painful and ugly. This one certainly was," Grand said. "It was trying and exhausting, (and) this song deals with all of that, as well as the resolution that this is 'not the end of me."

Grand predicted "don't let the light in," will be a favorite among his fans.

"I wrote it within the last few months before I became sober. At that time, I was reflecting on the way I had been living my life over the last few years that my song 'All-American Boy' blew up, in 2013," he said. "I felt isolated and realized I was dealing with that isolation in some unhealthy ways."

The new music from "not the end of me" is darker and more personal. Also, there were no co-writers on the album. "I wrote all the words and music, as well as doing the bulk of the production for this work," he said.

"The overnight success I had with my first song, and all the events of my life that followed that event were big inspirations for this album. Death, depression and substance abuse also made their way into this album."

Grand recorded these first two songs, and three others, in San Diego with some of his bandmates. "Most of the record was made on my computer with programmed instruments, so it was nice to do these tracks with the guys that I respect a lot as people and musicians," he said. "Recording live instruments is becoming more and more rare, but I still love doing it, even if it costs a lot more. It's very difficult, if not impossible, to capture that very human energy of actual humans playing."

The Sounds of Steve Grand

Grand had multiple shows in Puerto Vallarta in late-May in conjunction with Vallarta Pride, and he also appeared at a major press conference for the event.

He rode in the Vallarta Pride parade, too.

"What a long, fun parade ... I think that was the longest parade I've ever been a part of. I think I was waving for a solid two hours, but it was so much fun," he said. "The people (of) Vallarta are very kind, good natured.

"I love to perform more than anything, so my three performances (in Puerto Vallarta) at Act II stages were among the highlights. And of course the taco trucks – I always have four steak tacos after I perform in the Red Room.

"Unfortunately I didn't get much downtime to explore this trip. I was finishing up the artwork for my album in my hotel. I decided to do the art work on my own this time, and I'm no pro at Photoshop, so getting everything right and formatted properly took a good amount of time."

Grand also played at a Concert on the Beach June 10, the final of the three-day Long Island Pride, which also featured Grammy Award-nominated and multi-platinum R&B recording artist and film/TV actress Deborah Cox, and others.

Grand performed June 15 at Capital Park in Boise, Idaho; then on June 23 at St. Louis PrideFest; and June 24 on the main stage at Public Square Park in Nashville.

Grand's summer residency back at The Art House in Provincetown, Mass., kicked off July 5, and he will have shows there every Wednesday, Thursday and Friday through Sept. 7.

"I couldn't be more excited to return to P-town this summer," Grand said. "I got a better time slot this year since my show did well last year. I improved a lot as a performer from playing three nights a week at The Art House. I've been practicing more regularly now that all the recording for my album is done. I just want to really give the audience a great show

"P-town was incredible last summer. As I said, I believe I improved a lot as a performer and even discovered a lot about myself as an artist. I challenged myself to do each show a little different last summer and I think it paid off. I was a stronger performer when I left P-town; I'm sure of that."

Grand's P-town shows will, naturally, include songs from his new album. "As always, I'll be playing some originals off my debut record, "all-American boy," (and) some covers I think the audience is really going to enjoy.

"I'm keeping the show stripped down. No tracks, all live instrumentation. So, I'll switch between piano and acoustic guitar. I really think that's where I shine most. I will be introducing a few new elements (too, as) I'm going to try incorporating a looping pedal into certain songs in my set, so I can build layers of instrumentation live for a fuller sound. Ed Sheeran does that really well, and I think my audience will get a kick out of it."

Celebrity You'd Most Like To Meet: Lady Gaga – "I've been a fan of hers from the start. Watching and hearing her evolve has taught me a lot about my own journey."

Favorite Pig-Out Food: "Anything and everything that's sweet, or salty, terribly over-processed, and just generally awful for your health. But I'm really trying to be better and stay away from that stuff. It wreaks havoc on my ability to function, physically and mentally."

One Food You Cannot Stand: Tofu.

Suburban Chicago: "I live just outside Chicago ... I like having space around me; it's peaceful and (there's) no traffic."

Upcoming Chicago Performances: "(There are) none on my schedule at the moment, but I'm sure that will change." (Follow Grand on bandsintown.com/SteveGrand. It will notify followers when he has a show near their town.)

Upcoming: A lot more writing and recording – "I want to put out more music more frequently, even if it's not a full length record."

"Not The End of Me" is available on iTunes.