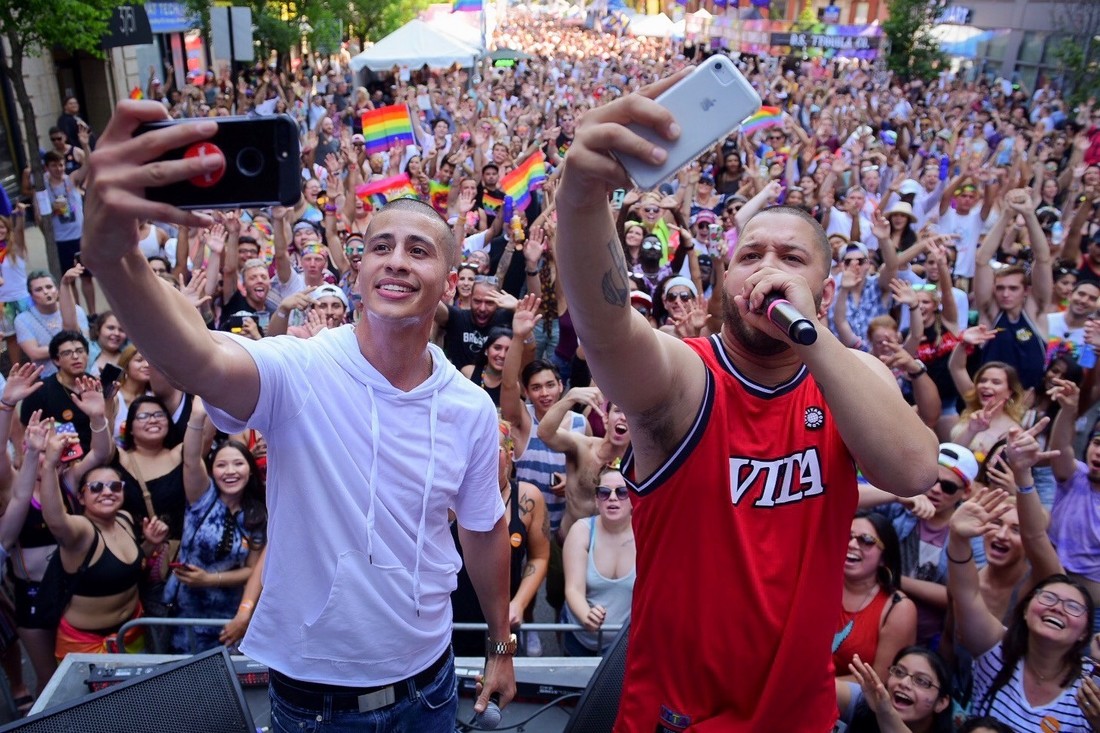 Chicago, IL - Chicago Pride Fest kicked off Saturday with sun, fun, entertainment and plenty of pride. An excessive heat warning failed to stop the crowds and slow the spirit in Boystown as the two-day festival continued without missing a beat. Chicago Pride Fest re-opens Sunday at 11 a.m.

International R&B idol Mýa and iconic diva Belinda Carlisle are among the entertainment lineup for Sunday.

"This is always my favorite time of the year – Pride Month – to perform, so I'm really looking forward to Chicago, which is such a beautiful city, particularly in the summer," Mýa told ChicagoPride.com.

In addition to the non-stop entertainment, the festival includes 60 vendors offering arts, crafts and unique merchandise tailored to the gay community. Plus the popular Pet Pride Parade starting at noon from the North Stage.

High temperatures in the mid to upper 90's are forecast for today. An excessive heat warning issued by the National Weather Service continues until 7 p.m. Monday as humidity could make it feel like 100 to 105 degrees.

Chicago Pride Fest runs from 11 a.m. to 10 p.m. down North Halsted Street from Addison to Grace. Organizers suggest a $10 donation upon entering.

The festival is coupled with other major LGBT celebrations in June, like the 37th annual Proud to Run 5K/10K run/walk and Navy Pier Pride Day, both slated for June 24.

The 49th annual Chicago Pride Parade, which now brings more than a million visitors to the Uptown and Lakeview neighborhoods, is next Sunday, June 24 at noon.