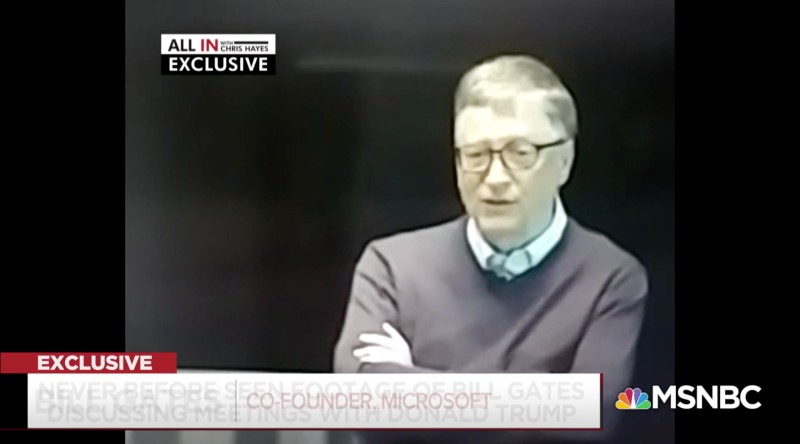 According to Gates, Trump has anti-vaccine leanings

In an exclusive video aired by MSNBC on Thursday, Microsoft cofounder Bill Gates says that he had to explain to President Donald Trump the difference between HIV and HPV.

"He wanted to know if there was a difference between HIV and HPV, so I was able to explain that those are rarely confused with each other," Gates tells an audience.

The crowd was of Bill & Melinda Gates Foundation employees, according to MSNBC.

HIV, or human immunodeficiency virus, is a retrovirus which breaks down the immune system. If it's left untreated, HIV can lead to AIDS. HPV, or the human papillomavirus, is an STI that can cause cervical cancer.

The Bill & Melinda Gates Foundation has donated huge amounts of money to HIV treatment and prevention, including $100 million in 2002 and $140 million in 2016.

Gates, a critic of Trump's policies, meet twice with the president in March 2017 and again in March 2018.

"In both of those two meetings, he asked me if vaccines weren't a bad thing, because he was considering a commission to look into ill effects of vaccines," Gates says. "I said, no, that's a dead end, that would be a bad thing, don't do that."

In April, Gates said that Trump offered him a role as White House science advisor, which he declined, saying that it was "not a good use of my time."

Exclusive footage obtained by All In...Bill Gates dishes on his meetings with Donald Trump. More tonight at 8PM ET. #inners pic.twitter.com/Zoehj1WTfk
— All In w/Chris Hayes (@allinwithchris) May 17, 2018