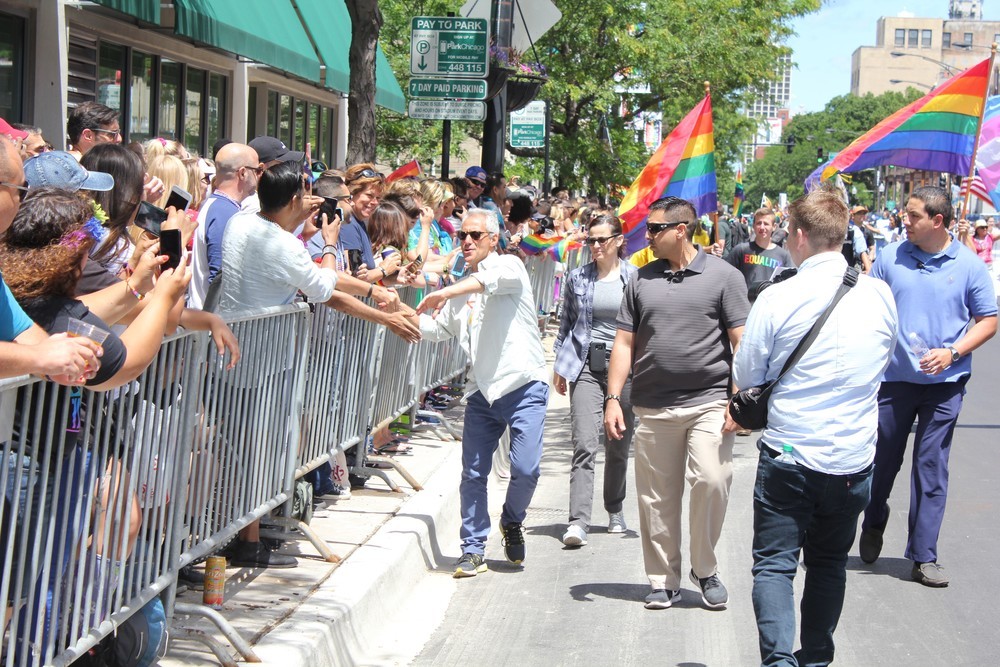 WHEREAS, the Lesbian, Gay, Bisexual, Transgender, and Queer (LGBTQ) communities of Chicagoland are an integral part of the vibrant culture and climate of Chicagoland; and

WHEREAS, the diverse LGBTQ community continues to contribute to widespread academic, economic, artistic and social spheres within and around our greater community; and

WHEREAS, the month of June was designated Pride Month to commemorate the Stonewall Riots which occurred in June of 1969 and are generally recognized at the catalyst of the LGBTQ rights movement; and

WHEREAS, the LGBTQ communities of Chicago have thoughtfully organized numerous workshops, sporting events, receptions, festivals, concerts, plays, dances and a host of other inspired activities to participate in during the celebration of Pride Month; and

WHEREAS, one of the most historic and highly anticipated events - the 49th Annual Pride Parade - will take place on Sunday, June 24, 2018 bringing together an estimated 1 million people; and

WHEREAS, the City of Chicago remains committed to protecting the civil rights of lesbian, gay, bisexual and transgender communities as the power and purpose of this iconic event proves vital in our unified effort forge a more open and just society; and

WHEREAS, Chicago's active and involved Lesbian, Gay, Bisexual, Transgender and Queer communities make an indelible impact upon the quality of life in Chicago, and Pride Month serves as a call to our collective consciousness to persist in the fight to eradicate prejudice and discrimination everywhere:

NOW, THEREFORE, I, RAHM EMANUEL, MAYOR OF THE CITY OF CHICAGO, do hereby proclaim June 2018 to be PRIDE MONTH IN CHICAGO and encourage all Chicagoans to recognize the enduring efforts and ongoing contributions of the Lesbian, Gay, Bisexual, Transgender and Queer communities within our city and to our country.

The Pride Proclamation was established by former Mayor Richard M. Daley. Emanuel has continued the tradition every year since being sworn-in as mayor in 2011.

Throughout June, Chicago - like many cities across the country - will observe Pride Month with parades, parties, street festivals, memorials and more. Chicago's annual Pride Fest takes place on June 16-17, one week before the annual 49th annual Chicago Pride Parade on Sunday, June 24.