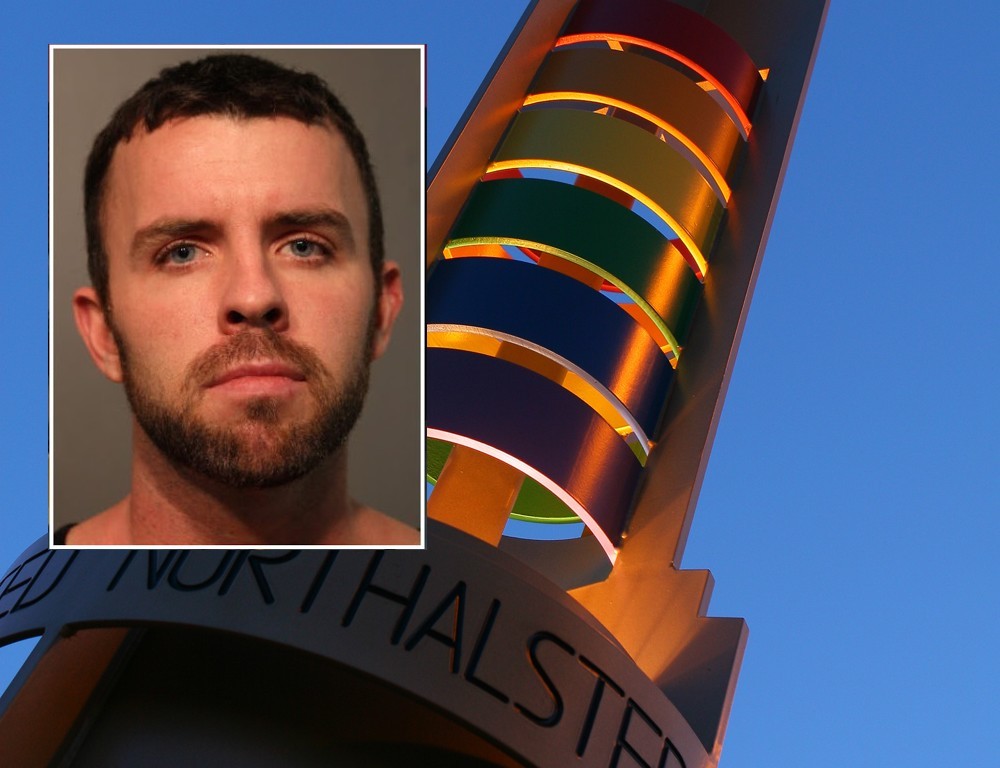 Chicago, IL - BREAKING UPDATE: (9 p.m. 5/2/2018) Chicago Police tonight confirmed that a manhunt is underway after Sleeper was erroneously released by the Cook County Jail. Police are actively searching for Sleeper, whose last known address was on Chicago's North Side. He is white, 5-foot-11, and weighs about 185 pounds. Anyone with information is asked to call 911 or Chicago police. (Full Update)

A Lakeview man accused of intimidating employees of gay bars in Boystown and promising that "Orlando will happen in Chicago" is now facing terrorism, hate crime and a number of new charges.

As first reported by CWBChicago in March, Shane Sleeper, 31, allegedly made threats against the staff and patrons of Sidetrack, 3349 N. Halsted.

"The next mass shooting is not a threat. It is a reality," Sleeper is accused of sending in a message to the bar.

And according to court documents, Sleeper is accused of sending the message "Orlando will happen in Chicago." He went on to refer to Sidetrack employees and customers as faggots.

Sleeper was initially charged with a series of misdemeanor harassment accounts and was held in lieu of $300,000 bail. But according to CWBChicago.com that changed on Tuesday when additional charges were filed.

He has been ordered held without bond.

Read the full story from CWBChicago.com