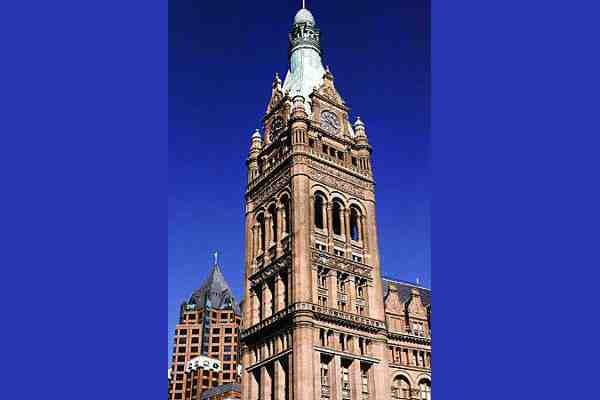 Milwaukee, WI - The Milwaukee Common Council on Tuesday approved an ordinance that bans therapies that attempt to alter the sexual orientation or gender identity of lesbian, gay, bisexual and transgender youth, making Milwaukee the first municipality in Wisconsin to do so.

Such therapies go by names such as "conversion therapy," "reparative therapy" or "ex-gay therapy."

According to the Milwaukee Journal Sentinel, Mayor Tom Barrett, a Democrat, is expected to sign the ban.

The legislation was sponsored by Alderman Chevalier Johnson. At Tuesday's emotional meeting, Johnson called such therapies ineffective and said that the ban was needed to protect children.

"Kids end up committing suicide because of the practice of conversion therapy being inflicted upon them," he said. "This is about protecting kids."

One opponent of the ban yelled, "It's the devil. It's about evil," as Johnson spoke.

The measure cleared the chamber with a 12-2 vote.

"No child should be subjected to the abusive practice of so-called conversion therapy, which has been rejected by every major medical and mental health organization," HRC Wisconsin State Manager Wendy Strout said in a statement. "We thank the Milwaukee Common Council and the team at the Milwaukee LGBT Center for putting the well-being and safety of our children first, and hope their leadership can be an example to cities across the state."