Firebrand Theatre presents 9 TO 5 The Musical, music and lyrics by Dolly Parton 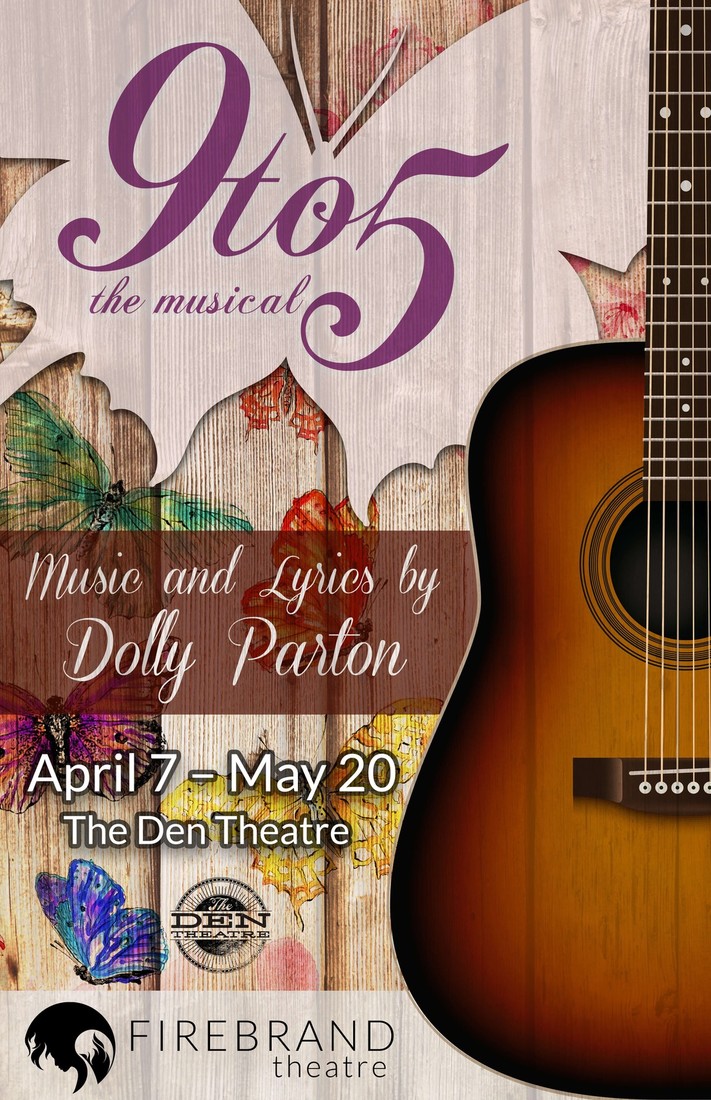 Chicago, IL - Following its critically acclaimed hit LIZZIE, Firebrand Theatre, the first musical theatre company committed to employing and empowering women by expanding opportunities on and off the stage, is pleased to conclude its inaugural season with the musical comedy 9 TO 5 THE MUSICAL featuring music and lyrics by Dolly Parton, book by Patricia Resnick, direction by Artistic Director Harmony France, music direction by Andra Velis-Simon and choreography by Kasey Alfonso. 9 TO 5 THE MUSICAL will play April 7 — May 20, 2018 at its resident home, The Den Theatre (Bookspan Theatre), 1331 N. Milwaukee Ave. in Chicago's Wicker Park neighborhood. Tickets are currently available at firebrandtheatre.org . The press opening is Tuesday, April 10 at 7:30 pm.

Based on the 1980 hit movie of the same name, 9 TO 5 THE MUSICAL follows three unlikely friends as they take control of their office and learn there is nothing they can't do, even in a man's world. Filled with Dolly Parton's signature songs and packed with laughs, this heartfelt story still rings true today. 9 to 5 THE MUSICAL is about women shattering stereotypes, lifting each other up and succeeding beyond their wildest dreams.

About The Creative Team

Andra Velis Simon (Music Director) is a music director, adapter, arranger, vocal coach and pianist based in Chicago. Regionally, her work has been seen at the Oregon Shakespeare Festival, A.R.T. in Cambridge, Brooklyn Academy of Music, Actors Theatre of Louisville, Berkeley Rep, Olney Theatre Center in Maryland and Three Oaks in Michigan. In Chicago: Firebrand Theatre (Lizzie), The Goodman Theatre (The Iceman Cometh and Camino Real), Theater Wit (Mr. Burns: a post-electric play and 10 out of 12), Chicago Children's Theatre (The Hundred Dresses, A Year with Frog and Toad, Goodnight Moon), The Hypocrites (Cinderella at the Theater of Potatoes, American Idiot, Pirates of Penzance, The Mikado, HMS Pinafore), Windy City Playhouse, and many others. Andra is an adjunct faculty member at Columbia College Chicago, where she teaches several musical theatre performance courses, and where she served as the staff Musical Director for the Theatre Department from 2008-2016.

FIREBRAND THEATRE is a musical theatre company committed to employing and empowering women by expanding their opportunities on and off the stage. Firebrand is a 501(c)(3) Equity theatre.