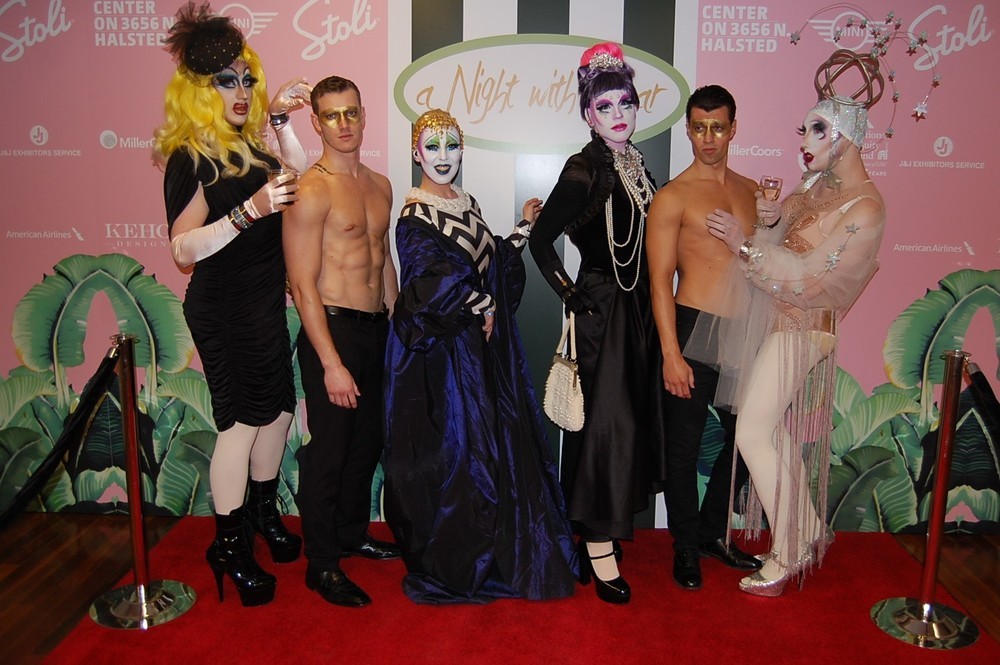 photo credit // anthony meade
Chicago, IL - Center on Halsted is proud to announce celebrities and LGBTQ community supporters will be joining them on the red carpet for 'A Night with Oscar' at the Park West on March 4, 2018.

'A Night with Oscar' has been a staple in Chicago for more than ten years and is renowned for its fun and festive party atmosphere. a Night with Oscar benefits Center on Halsted, the most comprehensive community center in Chicagoland dedicated to building and strengthening the Lesbian, Gay, Bisexual, Transgender and Queer (LGBTQ) community.

This year marks the 90th year of the Academy Awards, and the Center is celebrating LGBTQ advancement in film since 1928, and the building of Center on Halsted community since it opened its doors in 2007.

"LGBTQ visibility through the arts demonstrates a powerful statement. This year we're celebrating the Academy Awards, but also the relevant impact our programs and services have on the LGBTQ community," said Modesto Tico Valle, CEO, Center on Halsted.

Celebrities, fashion icons, sponsors and supporters will arrive on the red carpet live to show their support for Center on Halsted and the Chicagoland and Hollywood LGBTQ communities. Film industry individuals who have taken a stand to be out and proud opened the door to "be scene" as their authentic self on the glamorous red carpet, but there is more work to do moving forward.

"Comcast NBC Universal proudly supports the vital work of Center on Halsted with the LGBTQ community. Through our sponsorship of Center on Halsted's a Night with Oscar, we are able to elevate the important stories of the LGBTQ community as seen in award-winning film and TV," said Jean-Claire Fitschen, Executive Director, Multicultural Xfinity Services.

Valle added, "In 1928, the first year of the Academy Awards, having an LGBTQ community center that provided individuals the opportunity to openly walk through the doors did not happen until 1971, more than 40 years later. Center on Halsted welcomes the 1400 individuals who walk in our doors every day, and we would not be able to continue offering our essential services without our community sponsors.

"A Night with Oscar exemplifies how diversity, inclusion, and coming together impacts change."

A Night with Oscar: