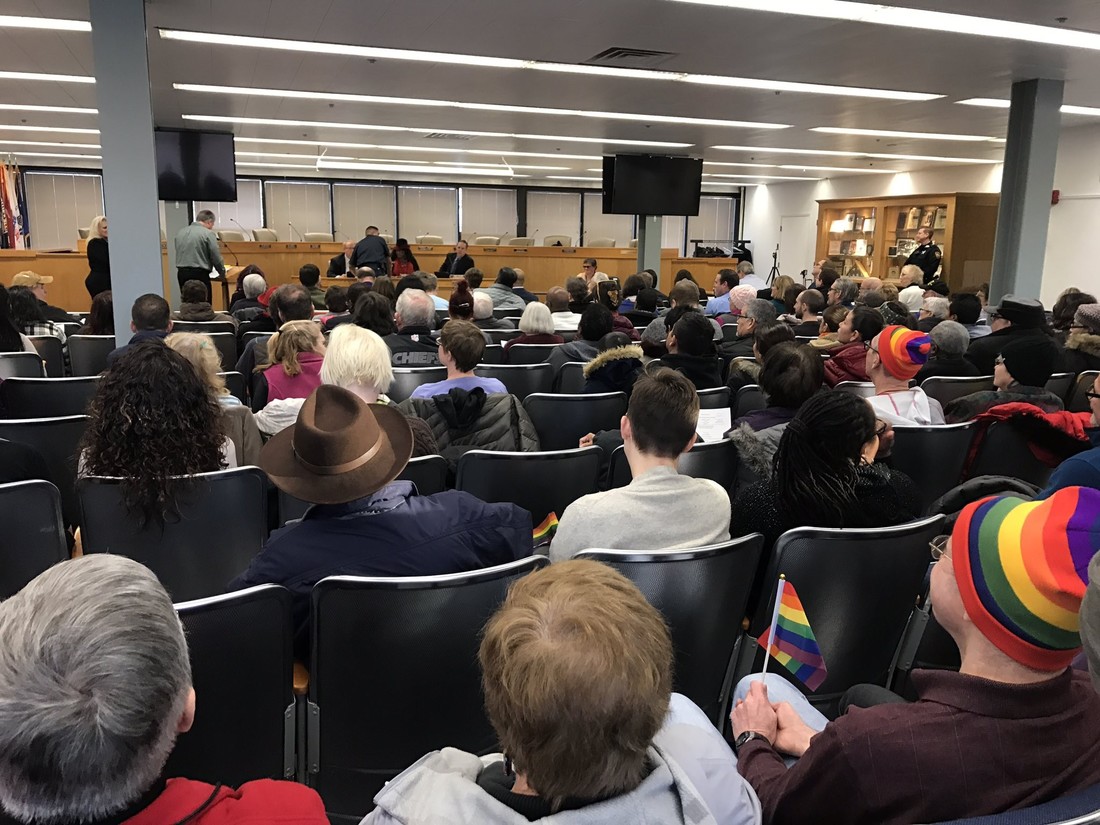 Illinois' second largest city to host its own Pride Parade on June 17 at 1 p.m.

Aurora, IL - Organizers of a proposed Pride Parade in Aurora received a major victory Tuesday when the Aurora City Council voted to grant them a permit for the city's first Pride Parade.

Indivisible Aurora members, in conjunction with several other organizations, applied for the permit in November of 2017. The application was delayed when a group of clergy expressed concerns. Organizers then appeared Jan. 11 before the Aurora Council's Government Operations Committee to further discuss the proposal.

After a three-month delay, which raised concerns by the ACLU, a three-member committee voted 2 to 0 Tuesday to grant the organization a permit and set the date for the inaugural Aurora Pride Parade to be on Father's Day, June 17 at 1 p.m.

Aldermen Rick Mervine and Judd Lofchie voted in favor of the measure while Committee Chair and Alderman Scheketa Hart-Burns did not vote.

"We are one Aurora and that includes all of us,' Irvin said in a statement released Monday. "It is the right of the organizers to stage the parade."

"It's an event you would be comfortable having your kids come to," Gwyn Ciesla, an Indivisible Aurora member, said.

"We intentionally chose a different date, and I know individuals who want to go to both," she said.

Indivisible Aurora said the parade would not cost taxpayers. The group has already raised thousands of dollars and will reopen fundraising now that it has obtained a permit.

The Aurora Pride Parade will be limited to about 60 units, yet is expected to draw thousands of people to the state's second largest city.