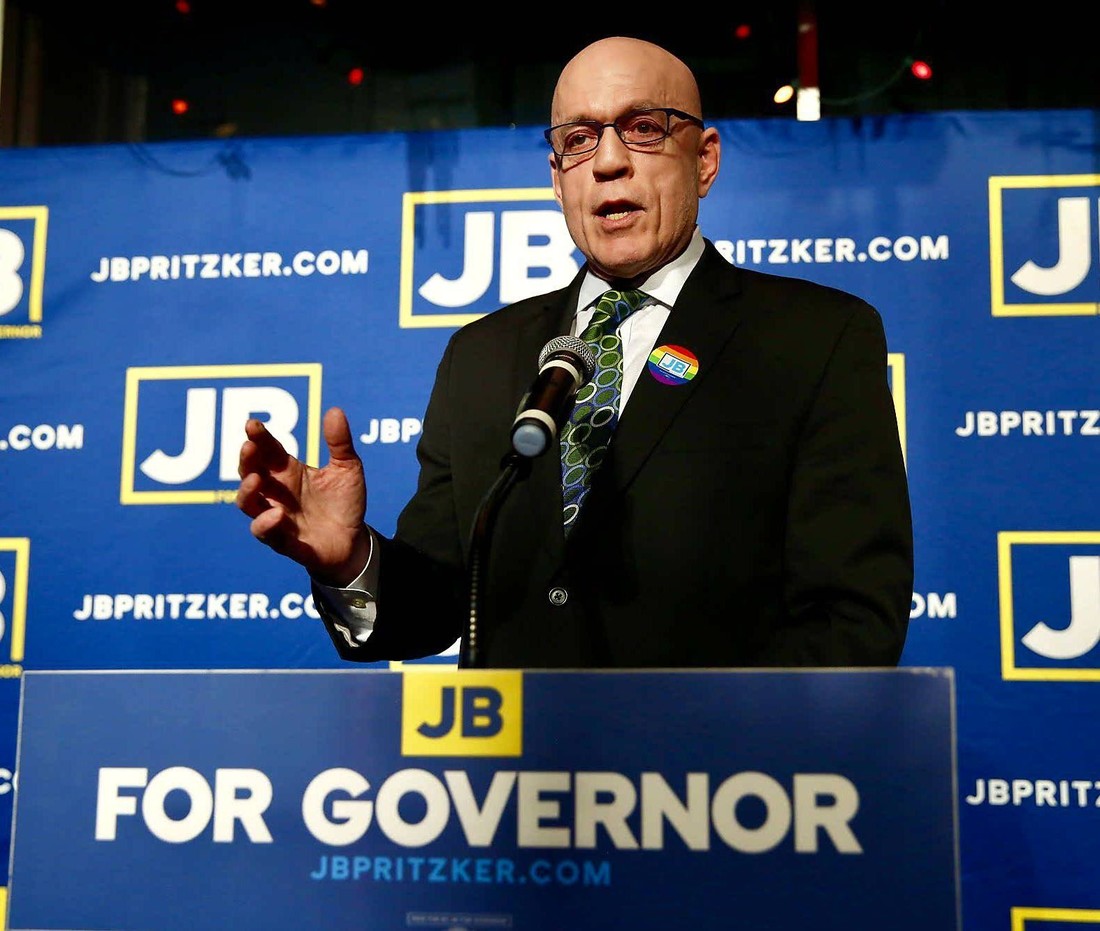 "Art [Johnston] and I have both known JB for 20 years, and 20 years ago in the LGBT community, a lot of you know, there were some very dark times and some very difficult times," Harris told the crowd. "Things that we take for granted now, like the ability to get married, the ability not to be fired from your job because you happen to be lesbian, gay, bisexual or transgender, the ability to be thrown out of your housing because of your sexual orientation. Those are real things. And in times like that, JB, MK and his entire family have stood with us and the entire community and helped us fight for those rights."

Harris has represented Illinois' 13th House District since 2007 and was instrumental in bringing marriage equality to Illinois in 2013. He replaced Larry McKeon, Illinois first-ever openly gay member of the Illinois General Assembly.

"My predecessor was there thanks to JB," Harris said.

"This man has earned all of our endorsements to be the next Governor of Illinois," Harris said as he introduced Pritzker to the stage.

"You are an icon, a leader and somebody that all of us respect a great deal," Pritzker said to Johnston. "Thanks from the bottom of my heart for everything you've done, not just this community, but for civil rights in the state of Illinois."