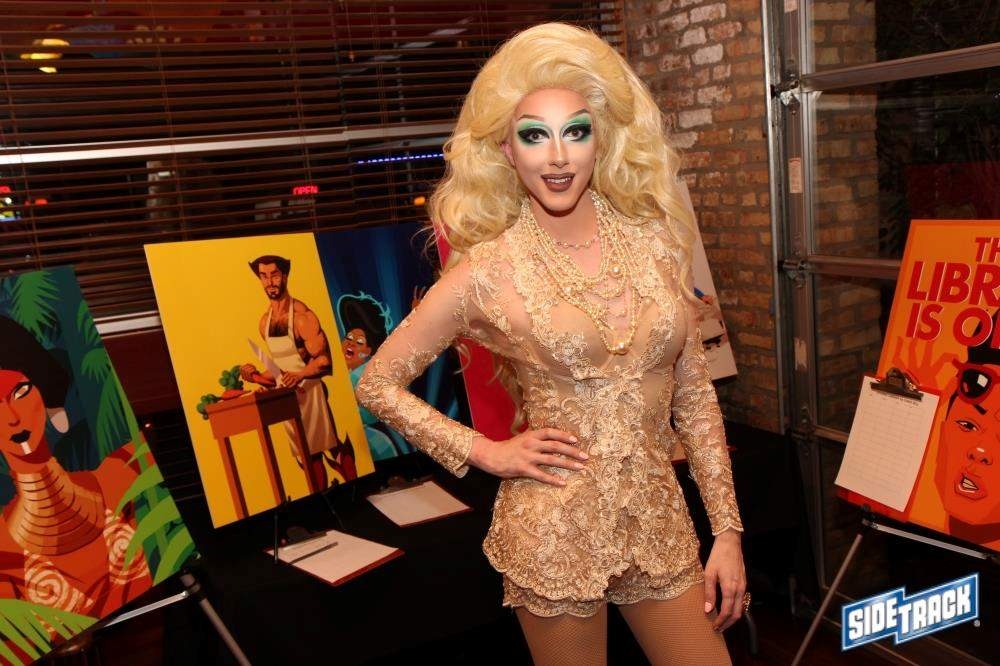 photo credit // jed dunalas
view the full gallery
More than $3,000 was raised for Equality Illinois at the inaugural Dragapalooza, with 30 performances and more than 50 performers in total shining in a three-hour non-stop show at Sidetrack on Thursday, Aug. 31.

"Dragapalooza exceeded our expectations," said Sidetrack general manager Brad Balof, who dressed for the night and dished tea with all of the queens. "The volunteer team from Equality Illinois was amazing. There was a great turnout of support from audience members. The staff got into the fun ...and the drag queens really brought amazing numbers."

About 500 attended and all of the bars inside Sidetrack, including the deck bar, were open and patrons were able to watch the show on Sidetrack's newly-rewired HD TVs.

Dragapalooza has taken the place of Sidetrack's annual Night of 100 Drag Queens, Balof confirmed. Instead of one show per year, the bar will be doing Dragapalooza a few times a year – and the next Dragapalooza is, likely, in early-2018.

Dragapalooza highlights included performances by RuPaul Drag Race alums Jade and DiDa Ritz, amazing production numbers from The Vixen, Squad Goals and Alexis Bevels, among others, and some statement pieces from such queens as Aurora Gozmic and Eva Styles.

Balof said Aurora Gozmic's number certainly was memorable, as she performed to the Kesha song "Praying" about the singer hoping her oppressors see the light. Her gown was like an angel, Balof said. On both wings was the word RESIST in large letters and the statements, 'Trans is not a burden,' and 'Black Lives Matter.'

"(Aurora Gozmic) really spoke to the work EI does and the crowd was really responsive to the message," Balof said.

Host Dixie Lynn Cartwright did a lip-synch contest in which the winner was taken backstage and dragged up for their own performance later in the night. "It was fun and hilarious," Balof said. "The winner of the lip-synch contest really got into performing his own number later in the show. He even did four wig reveals in one number."

Balof said Cartwright "was brilliant ...She kept the show moving while delivering a ton of laughs. (Since) she works with all of the queens often, she really highlighted the strengths of each performer."

Balof also confirmed that Sidetrack is planning a day to raise funds for Hurricane Harvey relief in the coming week.