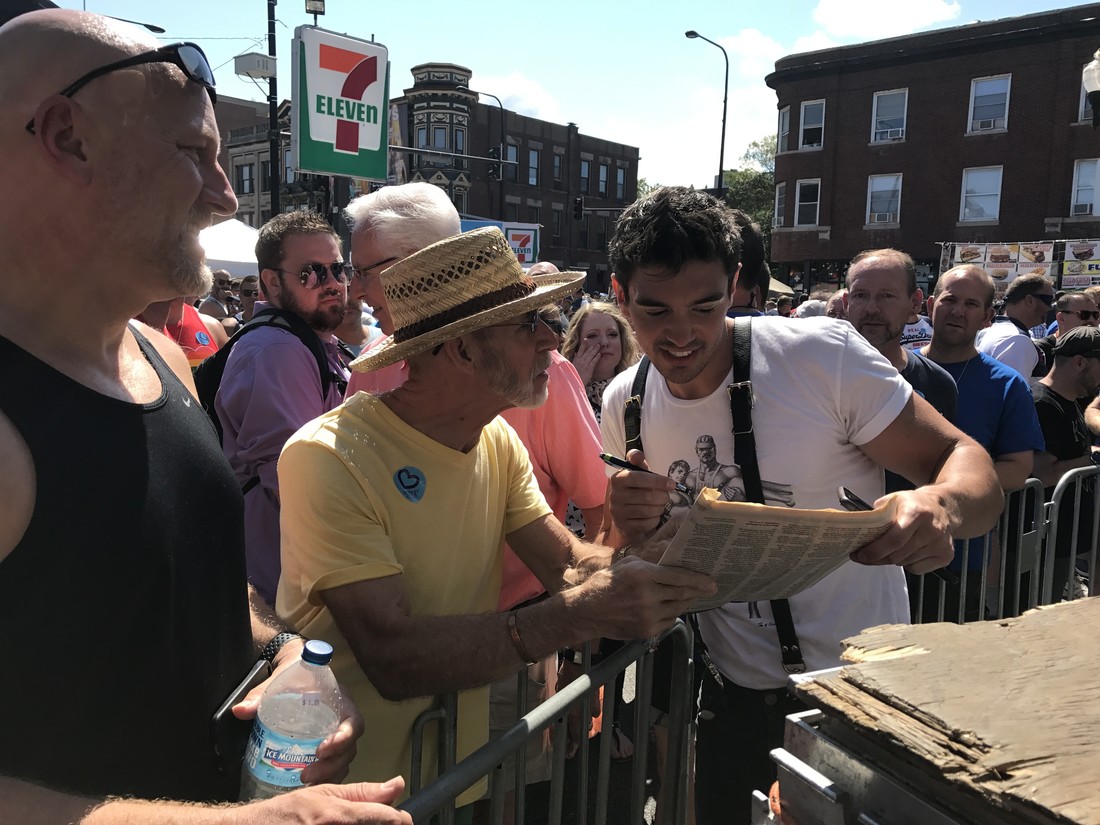 "It's wonderful to be back [in Chicago], and I was taken aback by how many people were out there to see my show," he told ChicagoPride.com. "It's nice to see, as an artist, being supported by your home city like that."

One thing that keeps Grand going are his loyal fans. One fan even approached him with Grand's face printed on a tee shirt.

"I'm always happy to meet people who have supported me," he added. "Its a humbling part about it. After doing this for four years, I've already seen a lot of highs and lows. Getting back to your hometown and people coming up to see you is just so humbling and rewarding."

There's no word yet on whether Grand would be back next year.