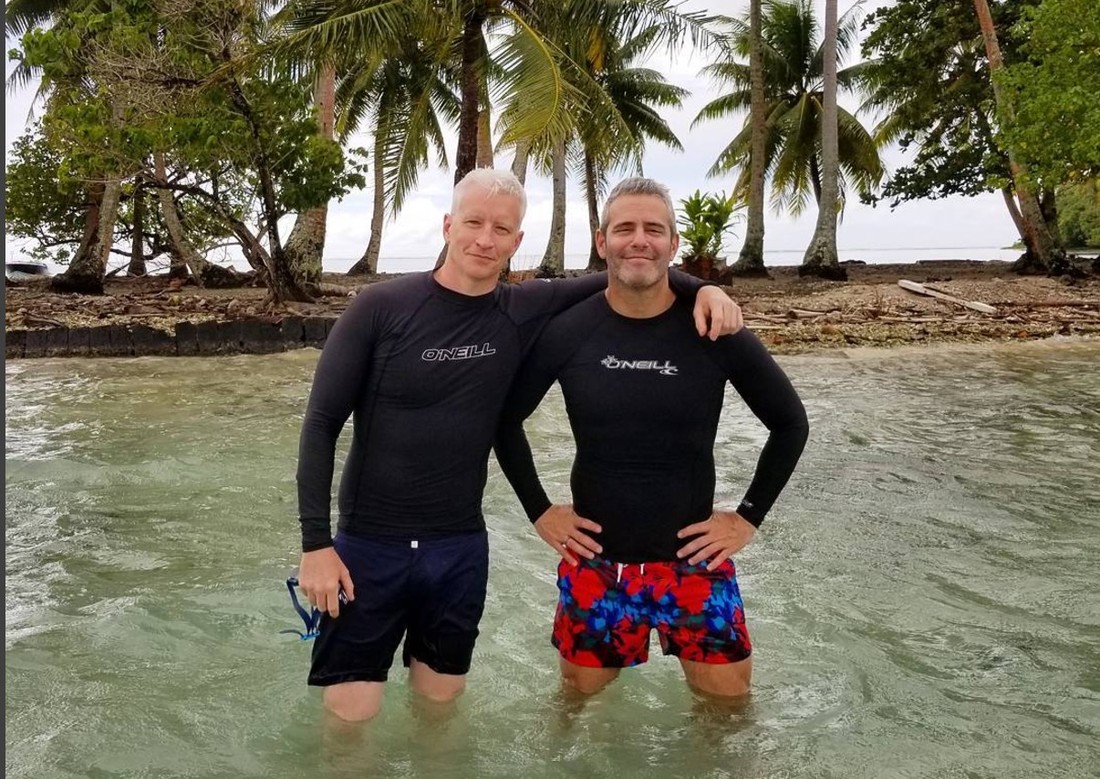 cooper and cohen on vacation together

In a photo posted to Instagram, the both showed off their black rash guards.

The two are good friends, and admitted that they had once nearly gone on a blind date.

"Andy and I were first set up on a blind date, which never happened because we had a phone call and after two minutes, I said, 'I'm not dating this guy,'" Cooper recalled. "He broke my cardinal rule... he mentioned my mom [Gloria Vanderbilt] within the first four sentences of meeting me."

The duo has been touring the United States together for AC2Live, where the two have an unscripted conversation before a live studio audience.

Both are veterans of the TV industry. Cooper, of course, is one of the most recognizable faces of CNN, while Cohen serves as the host of "Watch What Happens Live with Andy Cohen" on Bravo.

You can read the full story on AOL Entertainment.