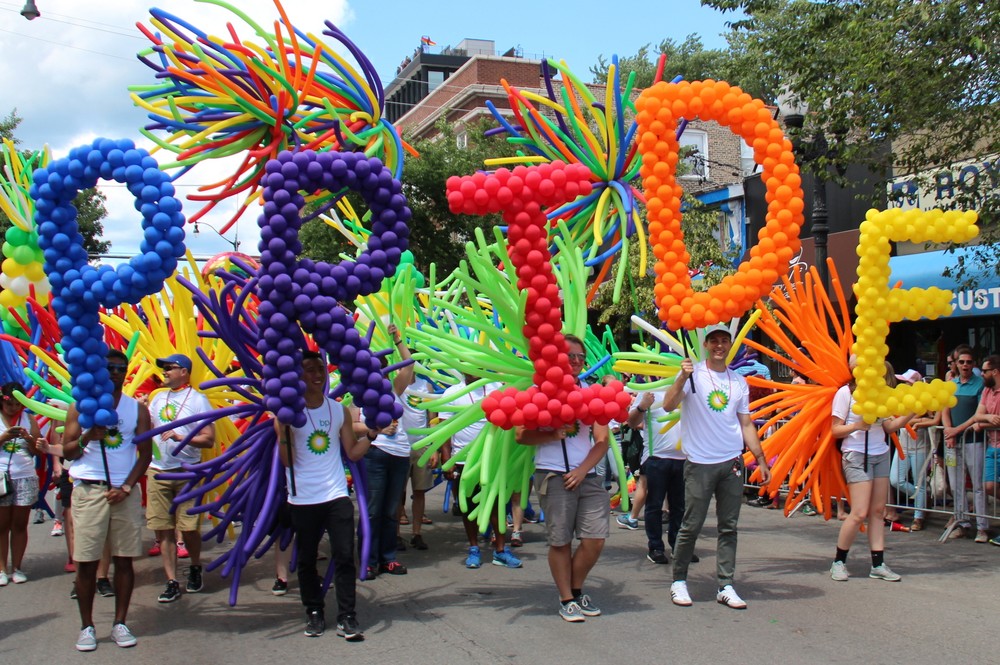 Celebration and protests part of Pride 2017

The festive and colorful parade included 150 entrees, which marched from Montrose and Broadway in Uptown, down North Halsted St. through Boystown, then ending in Lincoln Park.

The parade was more celebratory than last year, when the parade followed the Pulse Nightclub shooting in Orlando, Florida. Security remained tight again this year.

Unlike protests at Capital Pride in Washington D.C., Chicago didn't face any large-scale protests. However, a small group of protestors - a collective of trans and queer people of color - managed to delay the parade for nearly 15 minutes at Belmont and Halsted.

The collective released a statement online, which read in part, "We, as a coalition led by trans women and femmes of color, know that there can be no Pride in a celebration of white, cisgender, gay male joy that simultaneously excludes the lives, legacies, and power of Black and Brown trans women."

In denouncing the Chicago Pride Parade and Festival, the collective announced its intention to launch a Trans Pride celebration in 2018.

Controversy arose at the Dyke March on Saturday in Little Village, when some Jewish participants were told to leave because their flags had the Jewish Star of David, according to a statement by the AJC, a Jewish advocacy group.

Overall, the parade celebrated the strides the LGBTQ community has made, while protesting the current hurdles faced.

Equality Illinois' contingent carried signs calling on Gov. Bruce Rauner to sign three bills passed this spring by the Illinois General Assembly. The measures call for a ban on the LGBTQ panic defense, a modernization of the state's birth certificate law, and LGBTQ appointments to state boards and commissions.

The Chicago Cubs brought the World Series Championship Trophy on their float. The Cubs first began participating in the Pride Parade in 2010 after the team was purchased by the Ricketts family - including openly-lesbian Laura Ricketts, who accompanied the Trophy on Sunday. This is the first time a World Series Trophy has been included in an LGBT Pride parade.

Another crowd-pleaser again this year was the Balloons by Tommy "Life is Sweet" entry. Tommy and his husband, Scott DeLorenzo, and a group of 40 balloon artists worked round the clock to complete the over 40,000 balloons necessary for their over 100 walking participants.

"Scott and I are honored to be a part of the parade and the community it represents," DeLorenzo told ChicagoPride.com. "What an added bonus that the community supports us and allows us to provide the most amazing balloon display of any pride parade in the world."

The parade ran 4 hours and 8 minutes from step-off until the last entry crossed, that's 21 minutes longer than last year.

View thousands of photos from 2017 Parade