Chicago Pride Parade 2017: Here's everything you need to know 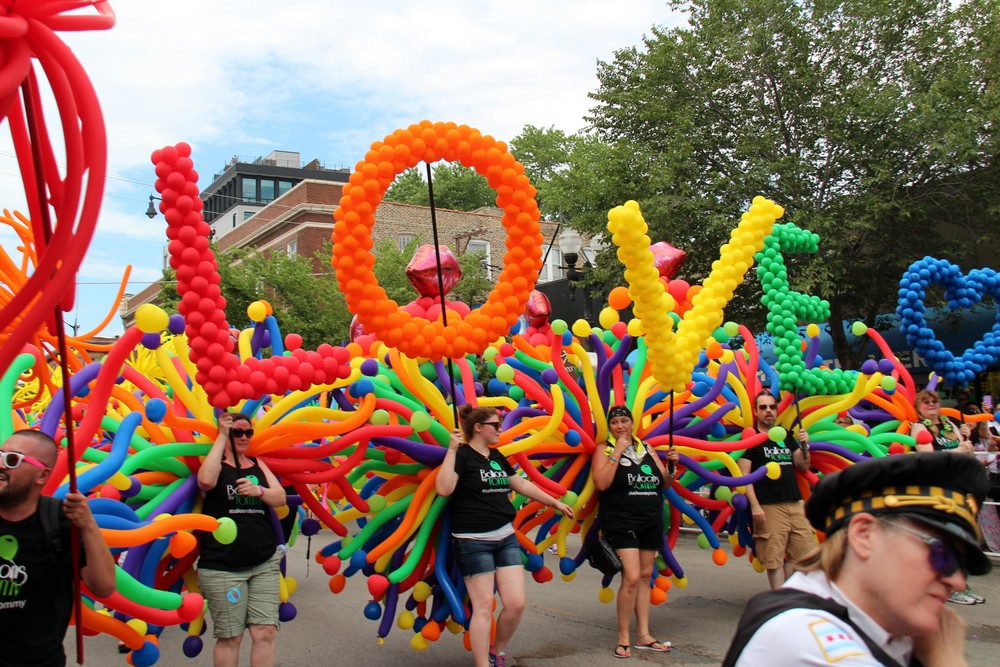 The 48th annual Chicago Pride Parade steps off at noon - rain or shine - Sunday, June 25 at Broadway and Montrose in the Uptown neighborhood. The parade is the culmination of a full month of activities known as June Pride Month in Chicago.

HISTORY: The parades commemorate the Stonewall rebellion that took place on June 28, 1969 when patrons of a New York City gay bar, the Stonewall Inn, fought back during a raid by police. At that time gay bars were frequently raided across the country. That night, bar patrons fought back and street demonstrations continued for several days. During that week gay liberation groups were formed, thus giving birth to the modern day LGBT rights movement.

One year after the Stonewall uprising, Chicago's 1st Gay Pride Week took place and culminated in 150-200 lesbians and gay men gathering at a Pride Rally and March in Bughouse Square (now known as Washington Square Park).

PARADE CONTENT: The parade has kept it's name, format and location in 2017. It will feature 150 entries featuring colorful floats, decorated vehicles, a marching band and walking contingents representing community organizations, businesses, organizations, government officials and individuals. The procession contains both celebratory as well as political components.

GRAND MARSHAL: 'Orange Is the New Black' star Lea DeLaria will be leading the way as the Grand Marshal. The 58-year-old performer is best-know for her SAG Award-winning role "Big Boo' Black in the Netflix hit series; however, her multifaceted career as a comedian, actress and jazz musician has spanned decades. An Illinois native, DeLaria has been a long-time LGBT activist.

"It's important that we have Pride; it's great that we show up," DeLaria told ChicagoPride.com. "The politics, what's going on in our society and the world now is horrifying. So it's really important that we all go to Pride.

LESS ALCOHOL, MORE SECURITY: Security will be tight this year, just like the parade last year following the mass shooting at Pulse Nightclub in Orlando. Open container rules will continue to be strictly enforced, with 160 private security workers patrolling the parade and police on every corner. Penalties include, but are not limited to, $1000+ tickets being issued, and you could have to throw out your booze.

Related: Open container law will be enforced again in 2017

STREET CLOSURES/TRANSPORTATION: Starting at 10 a.m., the following streets will be closed to all vehicular traffic until around 8 p.m.: Broadway from Montrose to Irving Park, Halsted from Sheridan to Belmont, Belmont from Clark to Broadway, Broadway from Belmont to Diversey and Diversey from Clark and Sheridan.

City officials suggest people take public transportation. The CTA will be providing extra service and longer trains on the 'L', and several buses will be re-routed on parade day. Bicycles will not be permitted on CTA trains for most of the day, and strollers and carts must be folded before boarding all CTA buses and trains. Check the CTA's website for additional information.

The Belmont station (and the surrounding area) tends to become the most crowded, so you are encouraged to consider watching the parade from the other parts of the route, including areas toward the start of the route—such as Broadway, south of Montrose—which are served by both the nearby Wilson and Sheridan stations on the Red Line.

Metra will also accommodate the large crowds from the parade by adding extra trains and seating. Metra partnered with Uber to offer another transportation option from Metra to the parade. By entering the promo code METRA2017, Uber is offering one free ride up to $15. Check Metra's website for additional information.

PARKING: There won't be much street parking available near the assembly or parade routes, so if you're driving be prepared to park outside of the immediate area. Watch for temporary no parking signs.

WEATHER: The Weather Channel forecasts partly cloudy skies with a high in the mid-70's. A stray shower or thunderstorm is possible. The parade goes on, rain or shine. Bring plenty of bottled water and sunscreen.

Related: From a "Slice of Pride" to vodka snowcones, check out these hotspots this Pride

ChicagoPride.com will provide news updates before, during and after the parade on Twitter @GoPride. On social media use #ChicagoPrideParade.

Pride Parades are staged in over 150 cities worldwide with more than 90 in the United States and at least 12 taking place on the last weekend in June every year. Chicago's annual Pride Parade is organized by PRIDEChicago under the direction of Richard Pfeiffer.