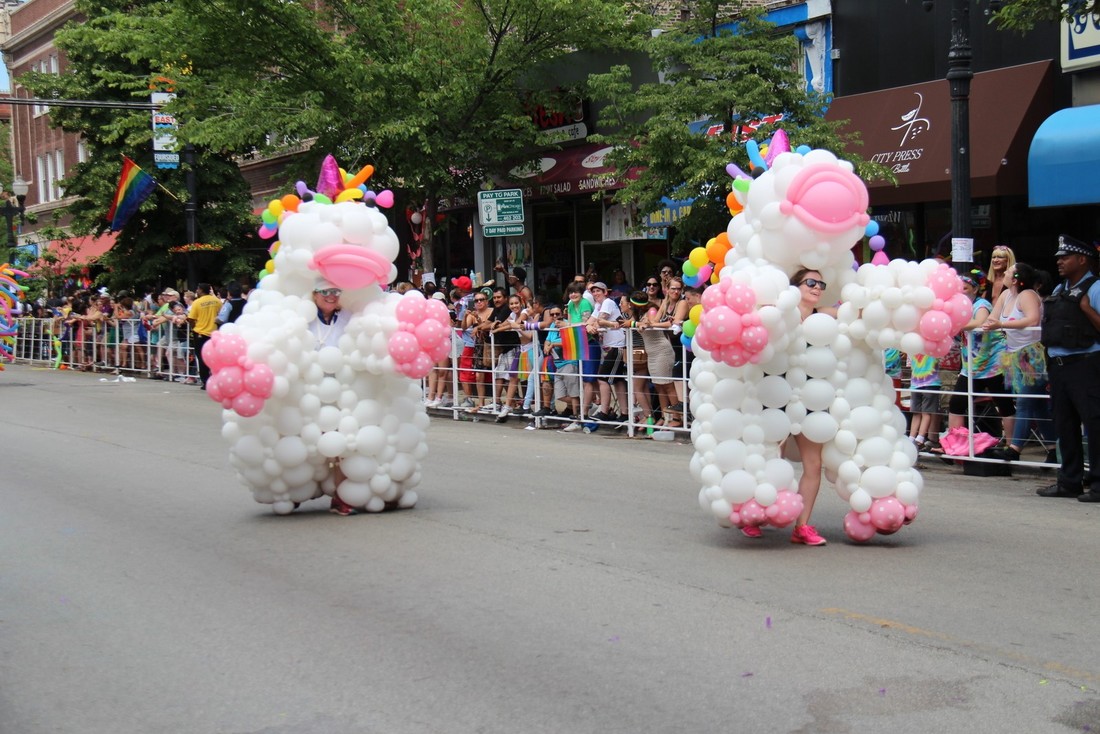 Chicago, IL - Over the past eight years, Balloons by Tommy has delighted spectators of Chicago's annual Pride Parade with colorful balloons entries - from spelling out "Chicago", "Peace" and "Love" to last year's crowd-pleaser, Conrad the Unicorn.

Back by popular demand, Conrad will return in 2017 with the theme "Life is Sweet", Tommy DeLorenzo told ChicagoPride.com. "You can expect to to see sweet treats and lots of color," he promised.

Tommy and his husband, Scott DeLorenzo, and a group of 40 balloon artists have been working round the clock to complete the over 40,000 balloons necessary for their entry. The Balloons by Tommy float will have over 100 walking participants during the 48th annual Pride Parade on Sunday.

"Scott and I are honored to be a part of the parade and the community it represents," DeLorenzo told ChicagoPride.com. "What an added bonus that the community supports us and allows us to provide the most amazing balloon display of any pride parade in the world."

The couple has done over 35 parades and will provide balloons for some of the other floats on Sunday.

Team Sidetrack is also known for creating crowd-pleasing parade entires. This year, Sidetrack's float will be bright-colored and focused on spreading a message of love, "which is something we can all use in the current political climate," Sidetrack GM Brad Balof told ChicagoPride.com.

Chicago's annual Pride Parade is the culmination of June Pride Month and is organized by PRIDEChicago under the direction of Richard Pfeiffer.