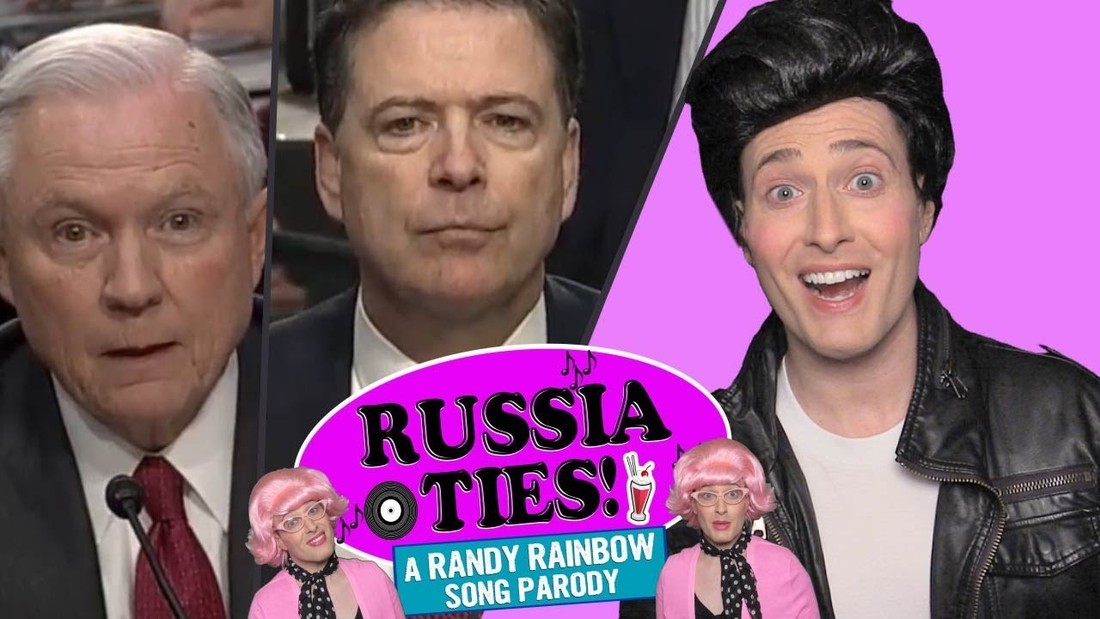 Randy Rainbow, the witty wonder of satirical video fame, channels the kids of Rydell High to go full "Grease" on James Comey and Jeff Sessions in his latest video.

Rainbow is a comedian, actor, writer, host and Internet sensation, known for his viral comedy videos. His popular series of political spoofs and song parodies - most trolling President Donald Trump and his administration - have garnered international acclaim and more than 100 million views.

"I do have a mixed feeling about you-know-who because he has given me so much amazing material," Rainbow told ChicagoPride.com in May. "Maybe I should say country before my career, but it has been quite incredible, (thanks to Trump). You can't make this shit up."

In this latest video, Rainbow pairs "Summer Nights" from "Grease" with the Senate testimony of both Sessions and Comey.