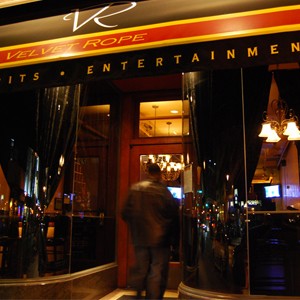 Chicago, IL - For two years Velvet Rope has been a mainstay for the Oak Park LGBT community. Drawing a regular crowd, this sleepy suburban hangout has flown under the radar of many Chicago dwellers. Now the Velvet Rope is under new ownership and ready to take it's place in the Chicago gay bar scene.

When asked of his plans with the Velvet Rope, new owner Frank Elliot sang out with unmatched energy, "new staff, new drink menu, amazing new food menu, shots, weekly brunch and daily events for everyone!" The Velvet Rope is the only LGBT bar in Oak Park but he envisions it being an alternative to the regularity of Boystown.

"We have already seen a large number of people that visit from Chicago," says Elliot. "We are an upscale lounge with a suburban comfort and feel while just a short El ride from the city."

Elliot's passion about his new venture is apparent. He says he's been working almost 100 hours a week and can't be more excited about it. "I feel that I've accomplished something good; I'm pleased with the turnout and the feedback from the clientele."

With his energy and enthusiasm, this 23-year-old is changing the suburban gay scene and he is already talking about expanding the bar and opening new locations. It seems endless possibilities lie ahead for Elliot and the Velvet Rope.