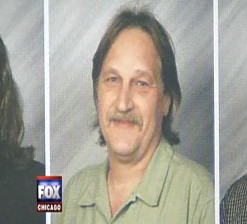 Geneva, IL - Dave Burk, the Geneva High School teacher accused of making anti-gay and racist comments in his classroom, has received a letter of reprimand from Geneva School District 304 officials.

During a meeting late Tuesday, the Geneva school board chose not to fire Burk who has admitted to making a bigoted comment during class. Burk did not attend last night's meeting.

The consumer education teacher came under fire last week when seventeen-year-old Jordan Hunter filed a complaint against Burk for making what he said was a derogatory comment against gays during an Oct. 5 lecture on tax money involving the National Endowment for the Arts.

"How would you feel about your tax dollars going to pay some black fag in New York to take pictures of other black fags?" Burk allegedly asked, according to Hunter who is a senior at the high school.

"I'm personally offended," Hunter, who came out last spring, told the Chicago Tribune. "I just think it's completely unacceptable for a person in that position to make any comments that are discriminatory toward any group in a classroom setting."

Burk, who was not allowed to teach last week during the investigation, read a letter of apology to students in each of his classes Tuesday. Hunter has been placed in another teacher's class.

"I'm disappointed and shocked" Burk will continue teaching, Hunter told the Daily Herald. "I thought they (the board) would take it more seriously than they did. He's more than entitled to his views and opinions, but there's no reason he needs to express them in the classroom."