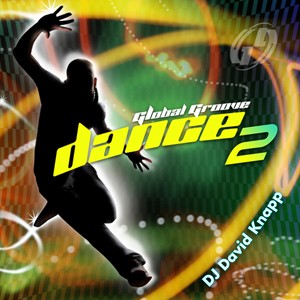 Now that the cooler weather has officially arrived, Travelocity and Centaur are thrilled to present the Fall segment of the 2009 Global Groove Tour, featuring America's favorite club DJ David Knapp and his brand new dance mix Global Groove: Dance 2. The 25+ city Global Groove Tour kicked off in David Knapp's hometown of Atlanta and will continue through until New Year's Eve in Tampa, celebrating America's most recognizes music brand in the gay community. Gift bags valued at over $100 in travel, music and more are being distributed at every event along the way. Global Groove: Dance 2 will be released in stores nationwide and iTunes worldwide on October 27.

"Global Groove: Dance 2 is the seventh Global Groove mix I have completed for Centaur and I couldn't be more proud of how it turned out, with an amazing collection of the biggest names in dance today," says DJ David Knapp. "Being part of the Global Groove brand is an honor and to see how the Global Groove Tour is infusing such incredible energy and excitement into the club scene is refreshing and encouraging for those who love to dance."

The launch of the Fall tour marks the fourth time that David Knapp has been a headlining DJ for the Global Groove Tour, and it's the crowd response that keeps us inviting him back. David is one of the most veteran DJs on the scene today since beginning his DJ career more than two decades ago while studying law at the University of Miami. His longevity is unmatched in an industry that can be as fickle as yesterday's fad. David continues to set the standard for club DJs across the nation by unveiling the biggest and brightest new sounds in house music stateside and abroad.

"It is nothing less then a privilege and a pleasure to work with David Knapp on CD projects and club tours," says Centaur's Jamie Baxter. "David is the ultimate professional both in and out of the booth, and a role-model for other DJs trying to make it in the business. He truly is "America's Favorite DJ" as penned by GQ Magazine."

Global Groove: Dance 2 includes a dozen dancefloor gems, delivered by an unprecedented lineup of the best artists, producers and remixes in dance music today. With more than a handful of #1 artists including Offer Nissim, Abigail, Jocelyn Brown, Altar, Jeanie Tracy, Erika Jayne and Maya, the album also features the US debut of "Turn It Our" and an exclusive remix of "This Time Baby". Additional remixes are provided by Johnny Vicious, Mexico's hottest superstar Jose Spinnin, DJ Paulo, Edson Pride and DJ Escape, who was the featured DJ on our Spring Tour. The vibe David creates on Global Groove: Dance 2 is definitely classic house; the voices are big, the beats are solid, and the energy is unstoppable from start to finish. David's dancefloor does not disappoint.

The official release date for Global Groove: Dance 2 is October 27, 2009. The album will be available in stores nationwide including Best Buy, and online at www.centaurmusic.com. The album will also be available for digital download on iTunes Worldwide and www.theoutclub.com.