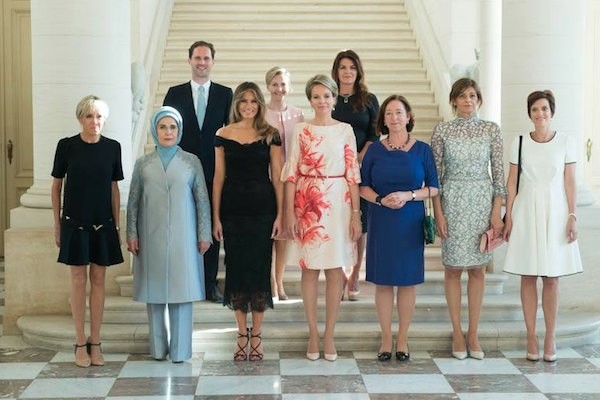 The photo includes 10 first spouses, including Bettel's husband Gauthier Destenay. The photo was also dated incorrectly, listing the year as 2917.

The White House initially did not identify Destenay but later edited him in. Other spouses in the photo include first lady Melania Trump.

A White House spokesperson called the omission of Destenay's name "an oversight."

"Thousands of photos were taken over the course of a very big, very busy international trip," Stephanie Grisham said.