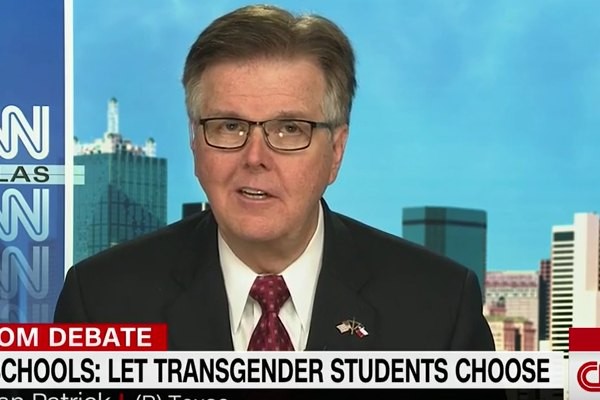 Austin, TX - The Texas House on Sunday voted on a bill that seeks to prohibit transgender public school students from using the bathroom of their choice.

The GOP-led House approved the measure with a 91-50 vote. A second vote in the House is needed before the bill can be sent to the Senate, which earlier this session approved a broader bill.

According to The Dallas Morning News, Democrats opposed to the bill compared it to a Jim Crow-era attack on defenseless youth.

Lieutenant Governor Dan Patrick has been outspoken in his support for a bill that limits bathroom access for transgender people. Last week, the Republican threatened to keep lawmakers beyond May 29 if the bill is not acted upon in the House.

"Transgender youth deserve the same dignity and respect as their peers, and this craven attempt to use children as a pawn for cheap political points is disturbing and unconscionable," JoDee Winterhof, senior vice president for policy and political affairs at HRC, said in a statement.

North Carolina last year became the first state to limit transgender bathroom access in public buildings. Under pressure from corporations and affinity groups, lawmakers this year were forced to repeal a part of the law, though many activists said the rollback didn't go far enough.