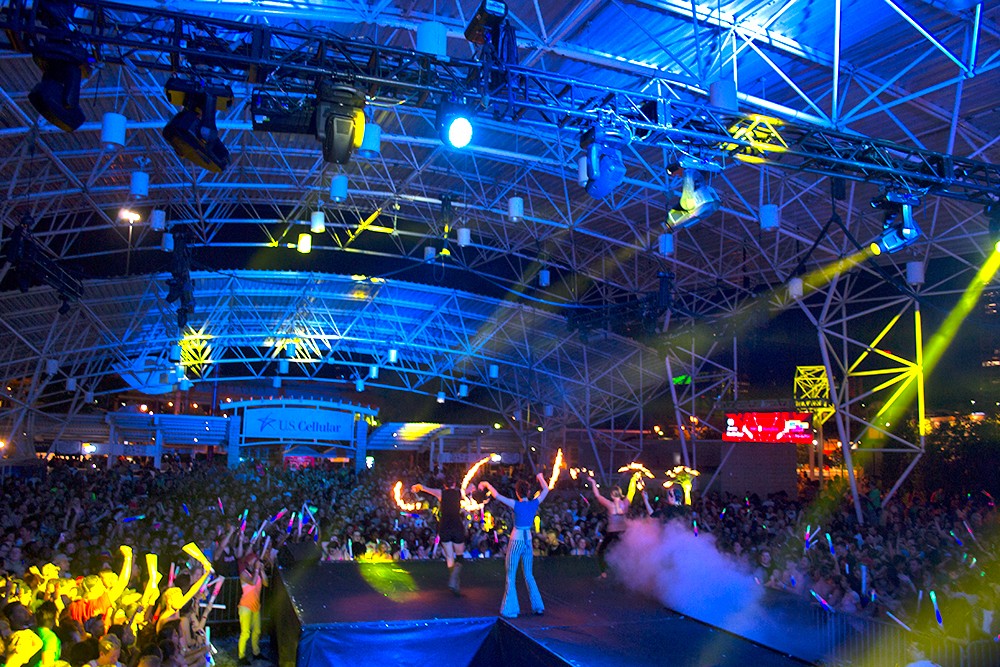 Milwaukee, WI - The countdown for PrideFest Milwaukee 2017 is on. Over the years, the three-day all-LGBT festival has become a must-attend Midwest event and this year is positioned to shatter last year's all-time attendance record 33,438.

PrideFest Milwaukee is known for marquee entertainment – and this year is no exception. Australian-born pop singer Betty Who opens the festival on Friday, June 9. Other headliners include 10,000 Maniacs (Saturday, June 10), Chicago's Steve Grand (Saturday, June 10) and Todrick Hall (Sunday, June 11).

Three-day weekend pass -- which allows access to all shows, on all stages, all weekend, including headliners, are available online at PrideFest.com.

Milwaukee's festival is unique among Pride festivals in that it has its own, permanent festival park to call home. While most Pride events around the country, including Chicago, take place at block parties, neighborhood parks, or temporary stages, PrideFest Milwaukee is now celebrating its 21st year at Henry W. Maier Festival Park, home to Summerfest, the nation's largest music festival, as well as Milwaukee's summer ethnic festivals.

The admission fee is reinvested in the local community. Through a Proud Partners program, Milwaukee Pride, Inc. (501c3 non-profit parent and festival producer) supports more than 100 local service organizations with people, dollar and sponsorship resources. Each year, the PrideFest Plus One program raises needed funds to support critical community causes. This year, PrideFest guests are encouraged to donate $1 – or any dollar amount – when purchasing tickets to support GSAFE, formerly known as Gay Straight Alliance For Safe Schools.

"We are honored and humbled to be this year's PrideFest Plus One recipient," said Brian Juchems, GSAFE's senior director of education and policy. "All proceeds will help us continue our work to build the leadership of LGBTQ middle and high school students through youth leadership events and camps."